Since 2000 KoreaPost has given the public the option to make their own stamp sheets, a bit like Royal Mail did until recently. These sheets can be very colourful and are often given by companies to other companies or individuals. The examples shown here show sheets containing fourteen 250 won stamps (KPSC nr. U20) each. This type of sheet was released on 1 November 2006, together with three other 250 won stamps which could be used on the individual stamp sheets.

All examples below were created by MBC Jeju. The first sheet shows a “child statue”, which at first may look like a traditional Jeju “grandfather statue” but is much smaller and is situated next to a grave: 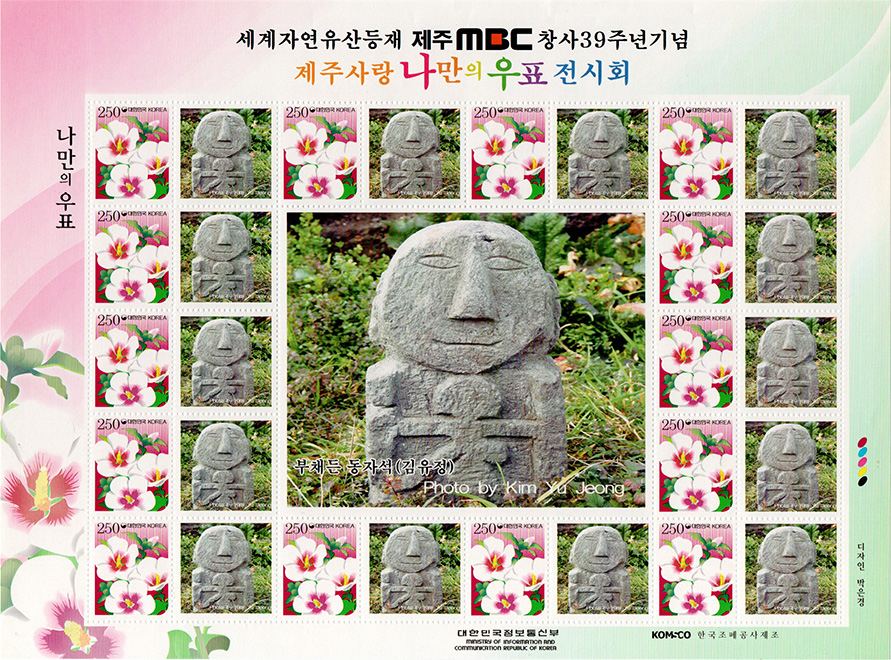 The second example shows a traditional village on Jeju: 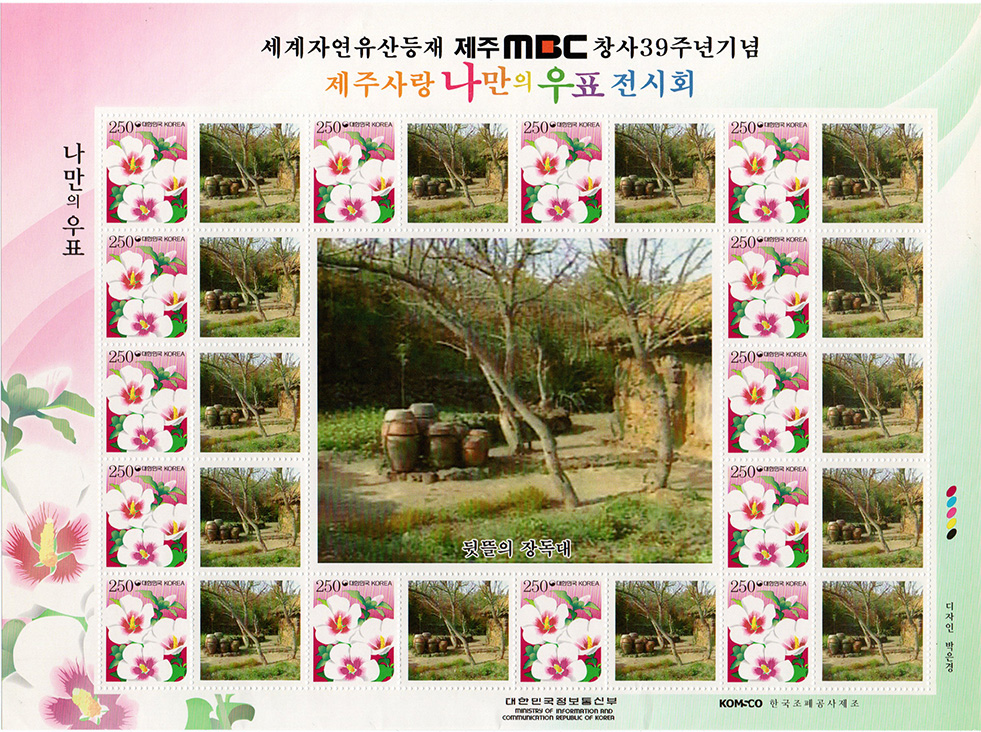 The final example shows Mount Halla with snow on the mountain while near the coastline everything is already green again after winter: 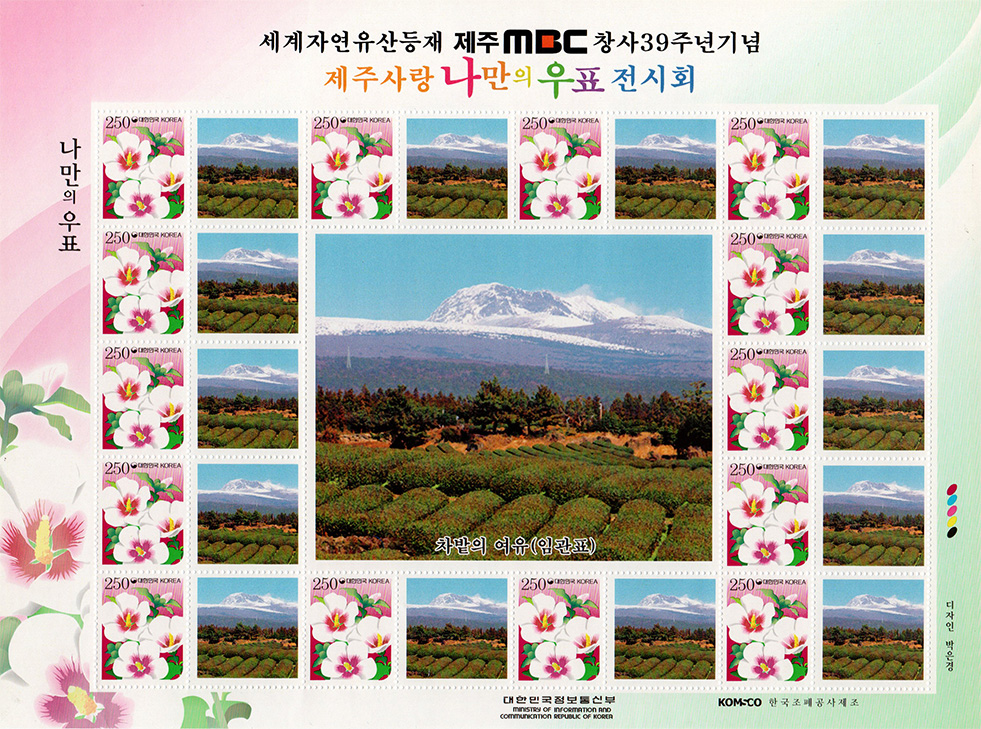 It would be interesting to know how many of such stamps have actually been postally used. It seems most people would keep this as a collector’s item and never use it.

Tagged My Own Stamp 나만의 우표 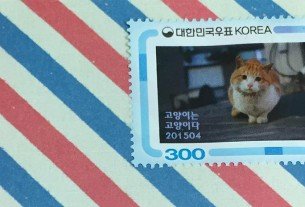 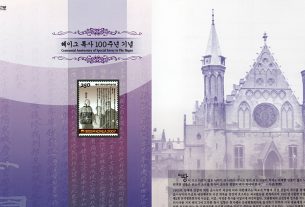