In 2006 John Barefoot published his ” South East Asia Revenues”  catalogue, a 287 page A4 sized book listing revenue stamps from a large part of Asia. Given that countries such as Korea and Japan are in this book the title should probably read as ” South and East Asia”, but never mind that: it was (and still is!) the most comprehensive listing of stamps from the region as a whole. 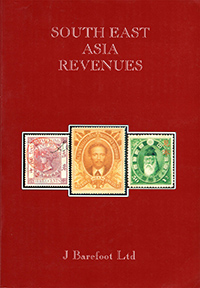 The handbook shows most of the Korean revenue stamps known from other (earlier) publications at the time. In practice this means most stamps are from either the Hasegawa revenue stamp catalogue as published by Stephen Hasegawa in 2005 or the listing of local revenue stamps by Collyer/Abrams in the early 1980s. This last listing was later expanded upon by Joe Ross showing new finds.

Unfortunately the listing of these locals as published in The American Revenuer was used for the Barefoot catalogue and not the original listing in the Korean Philately. This means that the local revenue stamps are reproduced in the Barefoot catalogue from what was an earlier reproduction, with the result that many of these stamps have become almost unrecognizable. Also, the romanizations of Collyer/Abrams contain many errors which are relisted by Barefoot.

Having said that, this is a very useful book and copies are still available through Barefoot. I would urge anyone interested in Korean (or other Asian) revenue stamps to buy this book!

Example pages from the Korean part of the catalogue:

SOUTH EAST ASIA REVENUES
Standard “Barefoot” priced guide to the revenues of all South East Asia except mainland China. The major countries include Burma, Cambodia, French India, Hong Kong (detailed listings of BofE and Contract Note types), IndoChina, Indonesia, Japan (including prefecture issues), Korea, Malaysia, Netherlands Colonies, Philippines, Taiwan, Thailand, Vietnam, plus all the smaller territories of the region.
It is the first time that so many countries have been grouped into one single volume, and a very useful work to have on the bookshelf for collector or dealer. Superb value for the amount of information contained.
287 pages, usual Barefoot A3 3-column format, illustrations in black & white, card cover, published 2006.
ISBN 0 906845 57 2 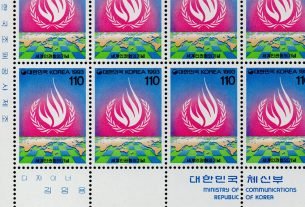 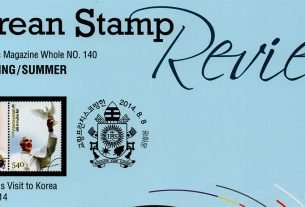 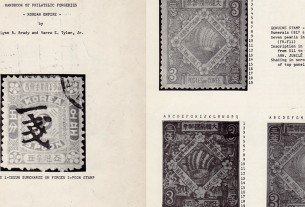