(Originally from KP May 2012, Vol. 54, No. 2) I inherited this picture of “Mother and Child” from my mother-in-law (Figure 5a). While doing research on Elizabeth Keith, the artist, I discovered that this painting served as the basis for the 1934 Korean Christmas Seal. (Figure 5b). Can you tell me anything more about this?

[Ed. Unfortunately, my computer crashed after having inserted this letter, and by then both my e-mail and Harry Penn’s e-mail systems had deleted the original letter. So, I am creating this letter from memory (though the images remained) and cannot give proper credit to the author.] 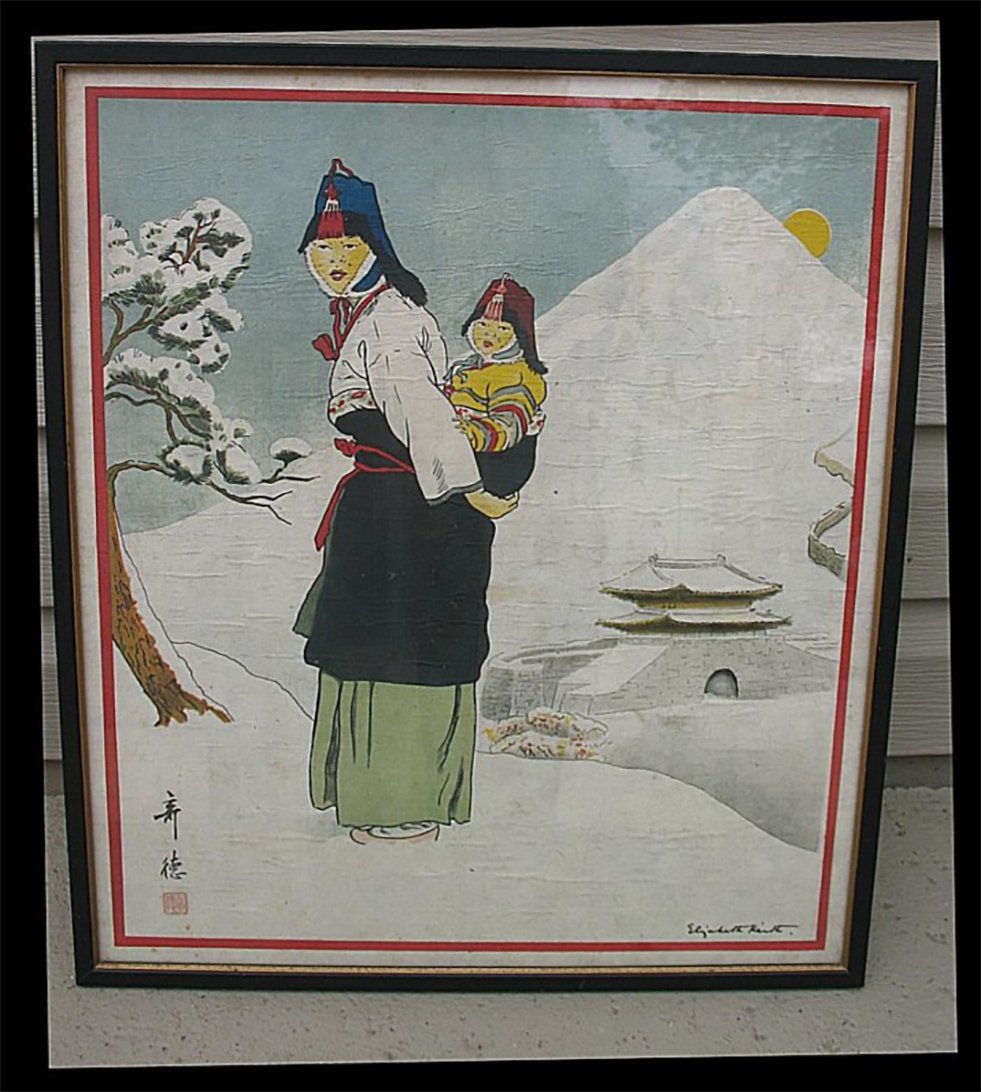 Noted Korean philatelist, Dr. Sherwood Hall, a medical missionary, was responsible for bringing Christmas seals to Korea in 1932. He brought the idea back with him after a visit to the U.S. 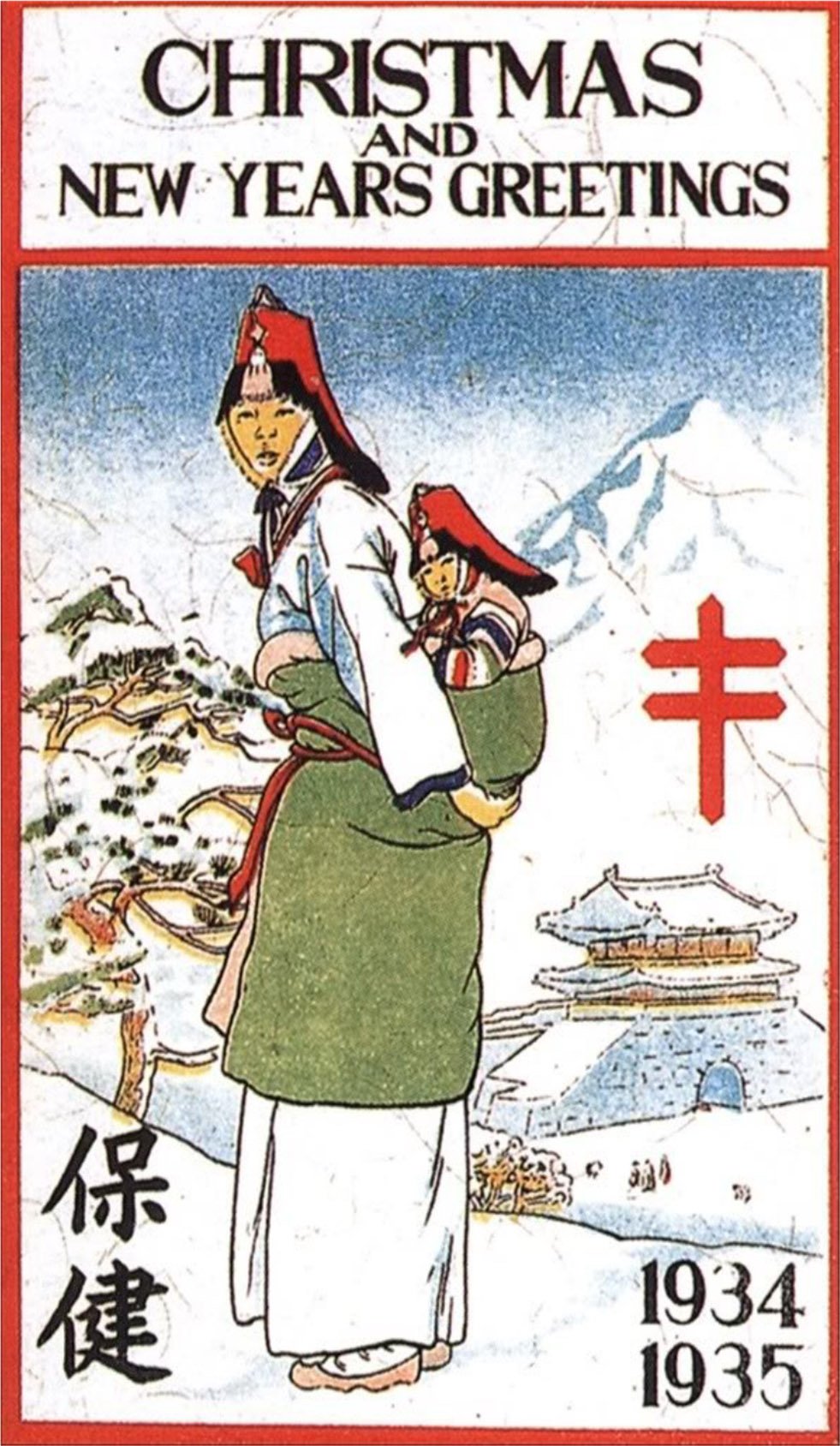 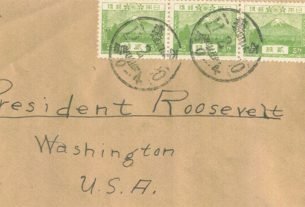 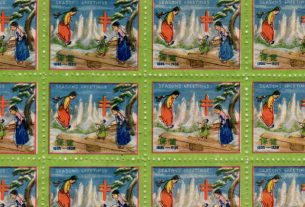