(News from 조선우표사 / Korea Stamp Corporation) Supreme Leader Kim Jong Un, chairman of the Workers’ Party of Korea and chairman of the State Affairs Commission of the DPRK, paid an unofficial visit to China from March 25 to 28 at the invitation of Xi Jinping, general secretary of the Central Committee of the Communist Party of China, president of the People’s Republic of China and chairman of the Central Military Commission. Leading officials of the Chinese Party and state rolled out a red carpet for Kim Jong Un who paid the first visit to China in order to inherit and develop the traditional DPRK-China friendship at a new and higher level in line with the requirements of the new era. His visit served as a meaningful occasion in further consolidating and developing the friendly relationship between the two countries which was established through the sacred joint struggle for the cause of socialism. 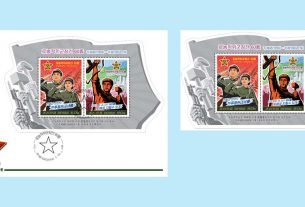 KSC5185: 60th Anniversary of Founding of the Worker-Peasant Red Guards 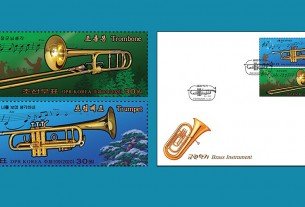 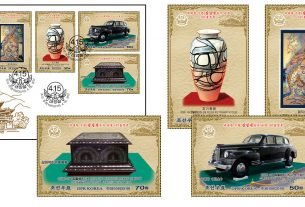