The Korean seals known most widely as Christmas and New Year seals are actually tuberculosis seals. Dr. Sherwood Hall, who was born in Seoul Korea in 1893, devoted his life to medical missions with his wife, Dr. Marian B. Hall in Korea. Dr. Hall was the founder of the first tuberculosis hospital, “School of Hygiene for Tuberculosis” in Korea. Tuberculosis had spread severely in Korea in the 1920’s through the 1930’s.

Dr. Hall introduced the first Korean Christmas Seal in 1932 to raise funds and to better educate people on the prevention and fight against tuberculosis in Korea. Thus, Dr. Hall became known as the founder and representative of The Christmas seal Committee in Korea. From the second issue on, in 1933, the committee was renamed the United Christmas Seal Committee of Korea. 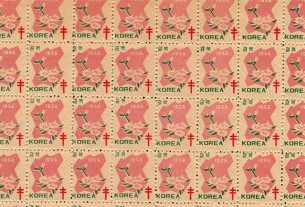