KoreaPost released the stamp in a commemorative stamp sheet of 16 (4×4) stamps of 330 won each, printed by Cartor for POSA:

KoreaPost also released this text regarding the stamp and the 100th anniversary of Chung-Ang University:

Korea Post is issuing commemorative stamps in celebration of the 100th anniversary of Chung-Ang University. Chung-Ang University was founded in 1918 as Chung-Ang Kindergarten located in Insa-dong of Jung-gu, Seoul. In 1922, the kindergarten established a Department of Early Childhood Education to foster professional kindergarten teachers, leading to the 1928 founding of the Chung-Ang Normal School. After relocating from Seodaemun-gu to present-day Heukseok-dong in 1938, the school was elevated to Chung-Ang Professional School for Womenn 1946 and to Chung-Ang College in 1947.

In 1953, the school was accredited as a four-year comprehensive university. During the turbulent times of the 60s and 70s, the university established the College of Arts and acquired a general hospital to further build its foundation as a comprehensive university, before the opening of the Anseong Campus to expand the scope of its educational grounds in 1980.

The Surim Cultural Foundation and Doosan Group both participated in the management of the university in 1987 and 2008, respectively, while the university s repeated growth as a differentiated place of learning has led to numerous high ratings from Korean and international university evaluation institutions.

Chung-Ang University’s objective of education is to cultivate students with the sophistication required for societal leaders and the professional knowledge that can contribute to the national development based on the principles of justice and truth so that they may become talented individuals able to contribute to the public good of Korean people and humankind. Chung-Ang University has maintained this drive for education throughout modern Korean history, from the Korean War and dictatorships to the age of democracy and the 21st century s fierce educational revolution, bringing it upon the doorstep of its centennial anniversary as a prestigious private institution.

This commemorative stamp captures the Young-Shin Hall, representing the university s past, the Chung-Ang Library, signifying the university s future. In particular, the Headmaster of the Chung-Ang Normal School, Dr. Youngshin Lim, traveled to the U.S. herself to raise funds from U.S. leadership and received donations from the Annie Merner Pfeiffer Foundation) to build the Young-shin Hall, the first stone building built in 1937, embodying the significance of the building with the longest history at Chung-Ang University.

Following the Japanese Occupation Period and the April Revolution and age of democratization that ensued, Chung- Ang University has been on the forefront of realizing democracy and protecting the university s values. Now in its 100th year, Korea Post wishes Chung-Ang University continued growth into becoming that of a prestigious, world renowned university. 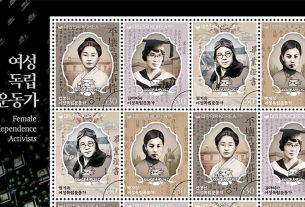 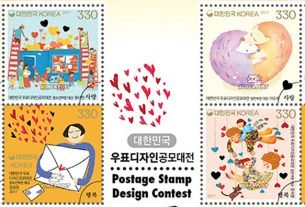 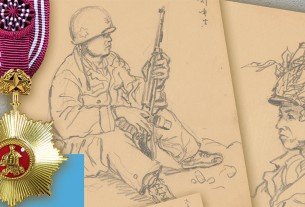