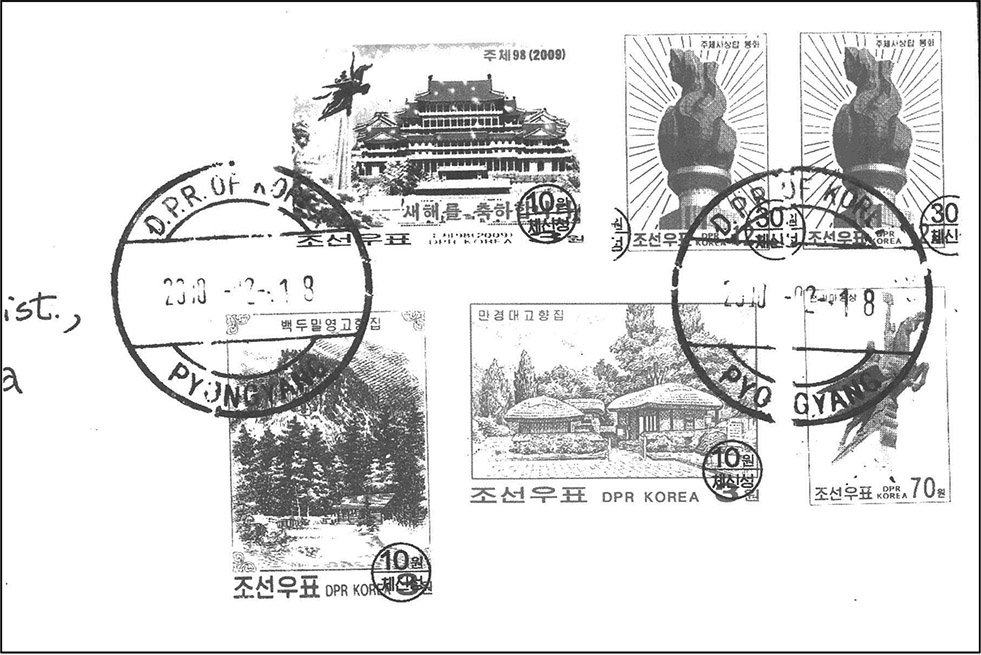 (Originally from KP May 2012, Vol. 54, No. 2) Late last year (2010), North Korea an-nounced a drastic economic reform through the introduction of a new currency. While the name of the currency was not changed, the new currency was worth 100 times the old currency. In other words, devaluation of currency occurred, resulting in a […] 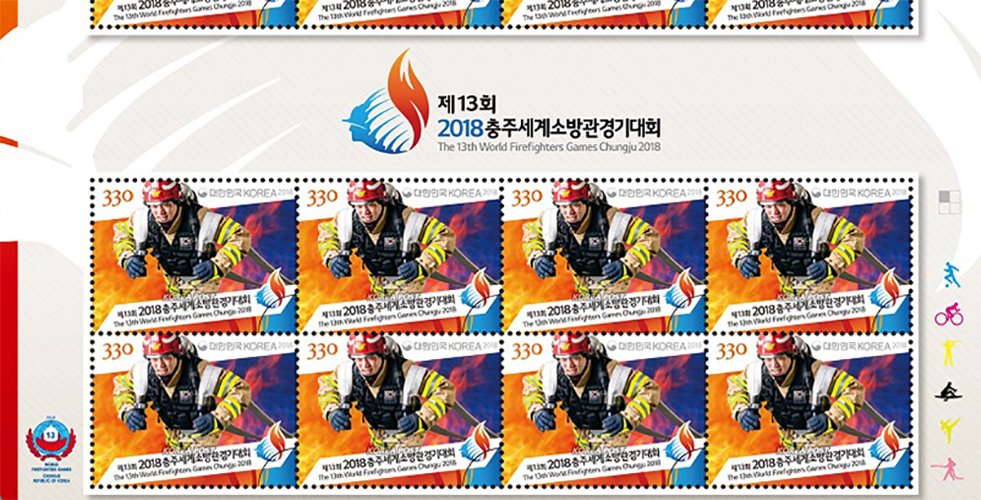 (News from 우정사업본부 / KoreaPost) On 10 September 2018 KoreaPost released a stamp commemorating the 13th World Firefighters Games held in Chungju in 2018. 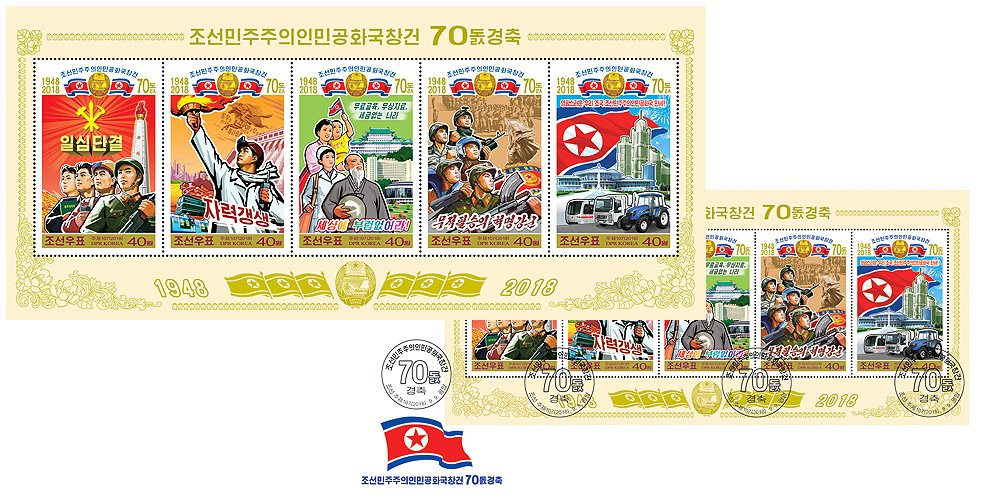 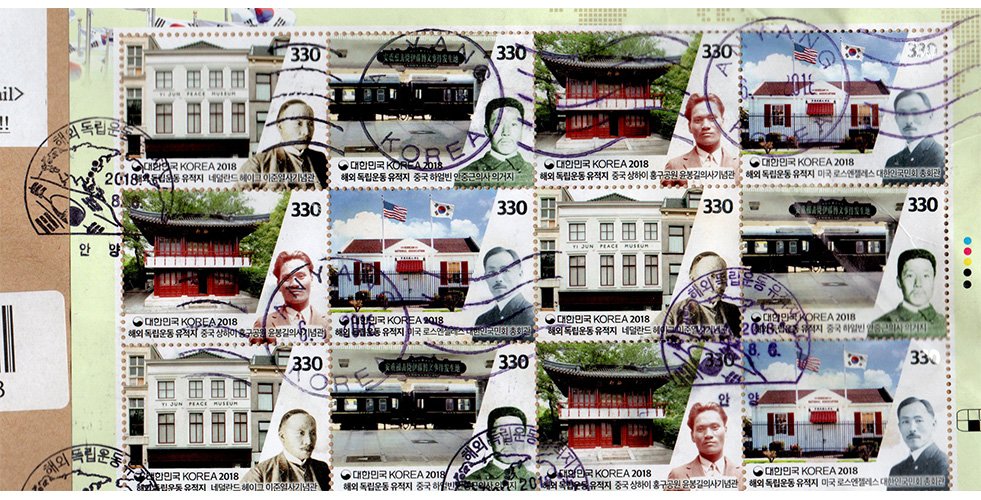 Recently when I bought some stamps from a Korean dealer through Ebay I received an envelope with some very recently issued commemoratives on it. This time the same seller went further and not only used the most recent stamps issued, but he actually created an FDC while doing so! 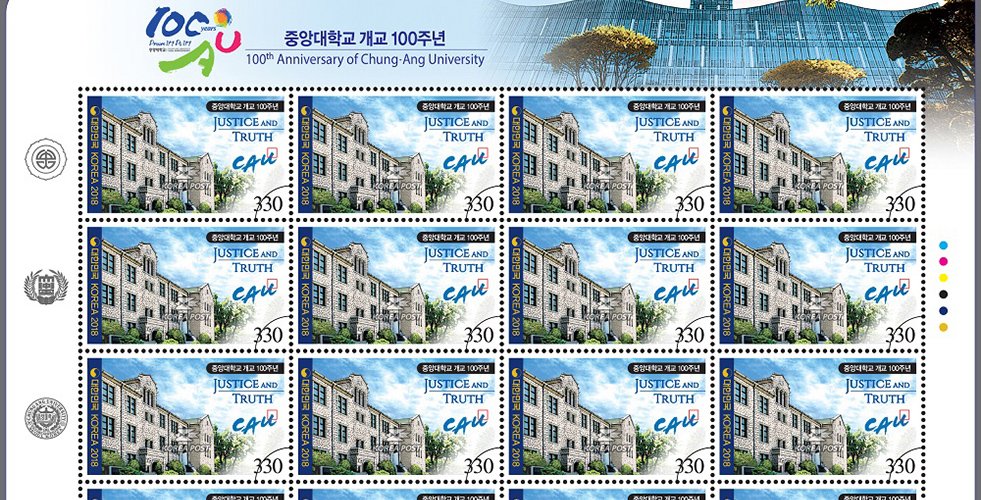 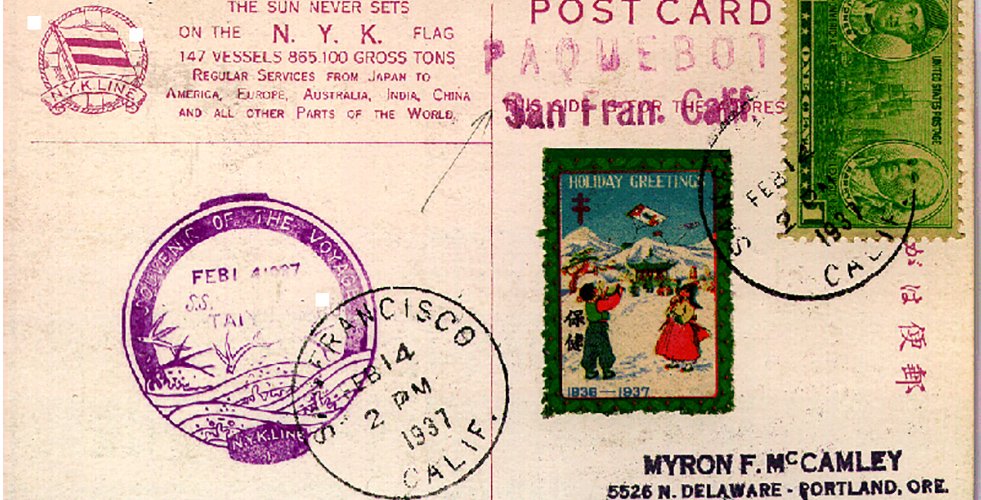 The two images show the front and back of a postcard mailed with the 1936-37 Christmas seal tied by a San Francisco cancel and also shows a PAQUEBOT cancel with San. Fran. Calif. The front of the card shows the N.Y.K. Line S.S. Taiyo Maru. This is the first usage of a Christmas seal that […]