KoreaPost released these stamps in a commemorative stamp sheet of 16 (4×4) stamps of 330 won each, printed by POSA:

The FDC comes with the following cancellation:

KoreaPost also released the following text with this issue:

December 10, 2018, marks the 70th year since the adoption of the Universal Declaration of Human Rights. On December 10, 1948, the General Assembly of the United Nations (hereinafter the UN) held its third session in Paris to reflect on the violation of human rights that was rampant all over the globe during World War II and adopt the Universal Declaration of Human Rights that specifies the UN Charter s purpose, which serves to ensure basic rights for all people. This was a historical event that acknowledged for the first time in the world that basic human rights and freedom identically apply to all people from across the world.

The Universal Declaration of Human Rights presents the minimum standards of human rights that humankind must uphold. The full text and 30 articles that explain in detail an individual’s basic right to freedom and the political, economic, social, and cultural rights that must be protected, as well as clauses concerning the exercise of such human rights. The Universal Declaration of Human Rights has been translated into 250 languages, as of the present, to provide standards for various international agreements and declarations and is reflected in the constitutions and laws of countries all over the world, including South Korea.

During its 5th session in 1950, the UN declared December 10, the day the Declaration was adopted, as Human Rights Day and requested the participation of every nation, leading up to South Korea’s designation of Human Rights Day as a legal holiday in 1973. The concept of human rights had been feeble in South Korea as the nation suffered from war and impoverishment, however, the country has currently grown into an advanced human rights nation, participating as a member of the UN Human Rights Council and of major human rights treaty organizations that oversee various issues, including social rights, racial discrimination, and persons with disabilities.

Korea Post is issuing commemorative stamps that celebrate the 70th anniversary of the Universal Declaration of Human Rights and hopes this serves as an opportunity for everyone to reflect on the meaning of the human rights we must enjoy and protect. We ask for everyone to take a sincere interest to help facilitate change to alleviate the human rights issues still plaguing Korean society today, such as the unseen neglect of human rights and acts of discrimination.

Lastly, we would like leave you with an excerpt from the speech made by First Lady Eleanor Roosevelt, who had built the basics of the Universal Declaration of Human Rights, in 1958 in commemoration of the 10th anniversary of the Declaration: ‘Without concerned citizen action to uphold them [human rights] close to home, we shall look in vain for progress in the larger world.’

Finally, KoreaPost also release an information leaflet for this stamp: 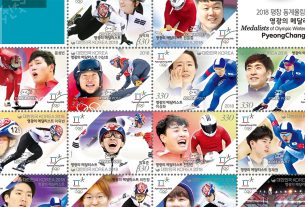 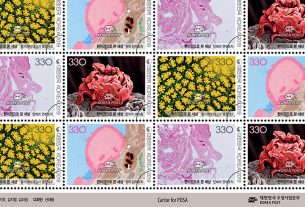 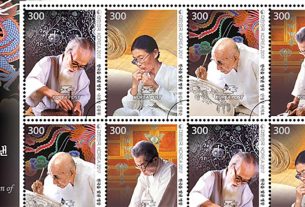