Yi-Fu’s remark in that article was:

“The last recorded domestic printing number in the Scott catalogue is No. 2897a from 1990, but in reality domestic printings exist until today. During the 1980s, 2 types of paper were used (because at that time NK was poor, good paper was reserved for international printings), but since 1991 both versions of the stamps use the same type of paper and it is difficult to distinguish them from each other.”

It turns out however there is more to this story, in fact much more:

“The domestic and international versions of DPRK stamps issued after 1991 are indistinguishable from the front because the paper was the same. Trying to distinguish them amongst any used stamps or covers is meaningless. You can only tell the difference by looking at mint stamps or sheet formats.”

In order to proof this, he sent an example of a domestic printing created after 1990.

“From the front both stamps look almost the same, but from the back you can tell the differences. This kind of stamp is NOT recorded in the Scott catalogue, the last recorded number is Sc#2897a. However, after that stamp, the practice of domestic printing actually continued.

Even more remarkable: this stamp is a rare example of a DPRK stamp with a special (non-political) theme, cats, which usually doesn’t have a domestic printing.

Also the sheet formats are different. The KSC only lists the international versions and doesn’t have any information or record on domestic versions. However, a useful hint is still available from the KSC which is the sheet format. Most stamps issued after 1991 were printed in small sheets; for example, the cat stamp shown here came from a sheet of 3×6. A larger sheet not recorded in the KSC means it is a domestic printing.”

Yi-Fu also sent some other examples. Please see the photos below for examples of domestic vs international printings of the same stamps.

Some of the examples shown here are listed in the Scott catalogue (and several stamp catalogues?), but not all. 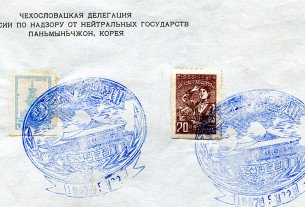 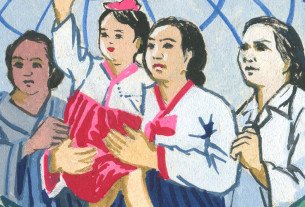