I attended the Rocky Mountain Stamp Show in Denver, Colorado. There at the show I was able to acquire a number of Korean stamps that I needed for my collection. I asked one dealer if he had any Korean stamps or stationery. He showed me what he had, including that block of 10 stamps (Scott’s #1927, issued January 26, 1998, “Electric Power in Korea, Centennial”) shown in the illustration. I was amazed at what I saw.

[Ed. The illustration will not be clear because the first row has either many missing colors or is badly underinked — the former explanation seems more likely.]

I saw that he only wanted $3 for them. I asked about them, and he said that that was the way he bought them and was willing to sell them to me as is. I thought he sure didn’t know what he had for sure. So I am sending the copy to see what you and KP readers think about them. If they are real, I might consider sending them in to APS for a certificate on them.

[Originally published in KP Vol. 49 Nr. 4. If any readers have more such examples please send them in!] 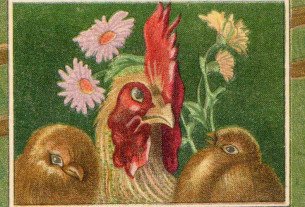 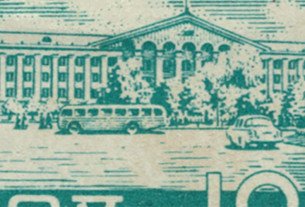 Reader’s Question: What’s the type of bus on this North Korean stamp?