This return to an old question was motivated by the 2003 Scott listing of North Korea, where the man on this 1952 stamp (Sc30) is identified as General P’eng Teh-huai – he was the Commander of the Chinese forces in the Korean War, and later Chinese Defence Minister, and victim of the Cultural Revolution. In this, Scott is in agreement with Gibbons (SGN52), but Michel (Mi48) identifies him as General Tang Hu-shan.

People with somewhat longer memories will recall that Gibbons used to refer to him as Gen. Fang Hu-shan. This in itself is somewhat strange, since Basil Drennan, the original cataloguer for North Korea at Gibbons, identified the man as Kim Il Sung in an article in Gibbons’ Stamp Monthly in January 1956, only to correct it to Gen. Ban Hou-san in a later article in the September 1956 issue, after having seen Mizuhara’s article mentioned below.

The rest of this article is for KSS members only. Please login.
Tagged DPRK Korean Philately North Korea 조선우표 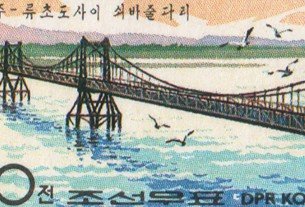 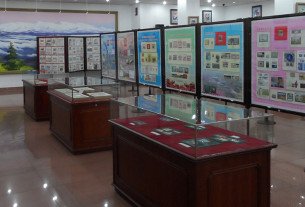