The 1936 Korea Christmas and New Year seal varieties are not as complicated as in some previous years. There is only one single type of design with children flying a kite. See Figure 1. The 1936 seal was again designed by Elizabeth Keith. When the seals were sold in sheets, or along with the artist’s woodblock Christmas cards, descriptions of the subject design were often distributed along with the seals or cards. It is not intended to go into details about these small brochures in this article. Some seal collectors do try to obtain them. They were printed on thin green or tan paper. For an example of one issued in 1936 along with seals that describes the kite flying, see Figure 2. 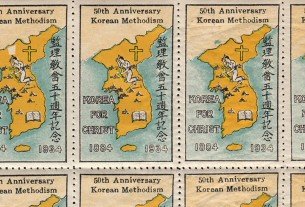 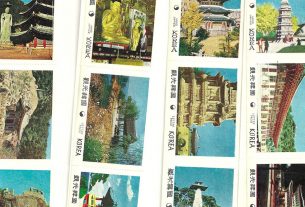