(News from 조선우표사 / Korea Stamp Corporation) Four stamps were issued on 30 January 2019 to “reflect the struggle of the Korean people who have been scoring a victory after victory on all the fronts of building a thriving nation in the revolutionary spirit of Mt. Paektu.”

The texts on the stamps have the following meaning:

The same series was also published as maxicards: 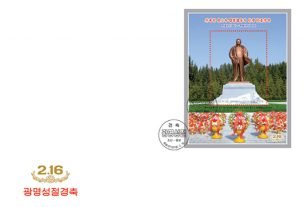 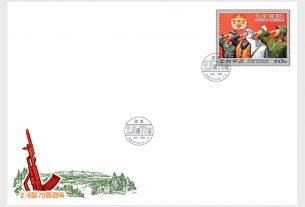 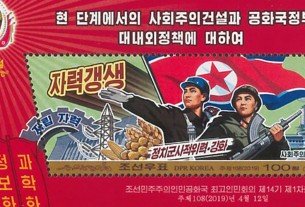