KoreaPost released these four stamps in a commemorative (souvenir) stamp sheet of 16 (4×4) stamps of 330 won each, printed by Joh. Royal Enschedé for POSA:

KoreaPost release this text about this issue:

Gyeongshin An (July 22, 1888-unknown) organized the Korean Patriotic Women s Society when the March 1st Movement occurred and started the anti-Japanese movement by seeking asylum to Shanghai and contacting with the Korean Provisional Government. In the belief that struggles with violence can achieve independence, she threw a bomb to the Pyeongyang Provincial Government Building, Pyeongyang Provincial Agency, and Pyeongyang police station with the Korean Liberation Army in 1920 upon the visit of the Team of American Congress Men for the Inspection on Asia, letting the word know of the brutality of Japan.

Maria Kim (June 18, 1892-March 13, 1944) served as a teacher for the Chungshin Women s School, studied in Japan. After returning to Korea in 1919, she encouraged the independent thought throughout the country. She organized the Korean Patriotic Women s Society for the anti-Japanese movement by women, sought asylum to Shanghai, and served as a chair of the Society. After moving to the United States in 1923, she organized the Association of Sharon Rose to raise patriotism among Koreans and let Western countries realize brutality of Japan in 1928.

Giok-Gwon (January 11, 1901-April 19, 1988) participated in the March 1st Movement in Pyeongyang, sold public loan bonds of the Korean Provisional Government and joined fund-raising activities for military chests. She also organized the Female Propagation Society and carried out covert actions for independence of Korea. After moving to Shanghai escaping from the Japanese police in September 1920, she engaged activities with Syngman Rhee, Changho Ahn and others. Especially, as the first female pilot of Korea, she served in the Chinese military for over ten years while continuing anti-Japanese movements.

Chajeong Park (May 7, 1910-May 27, 1944) engaged in the Rose-of-Sharon Friendship Society, a female anti-Japanese movement society. When she attempted to expand the Gwangju Student Independence Movement, she was arrested by the Japanese police. In 1930, she moved to Beijing in China and acted in the Righteous Brotherhood, an independence movement organization seeking armed protests and organized the Female Service Corps of the Korean Volunteer Corps, providing services in the rear. She also initiated propaganda activities opposing to invasion of Japan and informing their brutality and submitted writings to encourage the will for anti-Japanese movement. 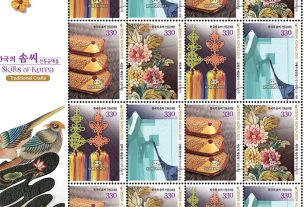 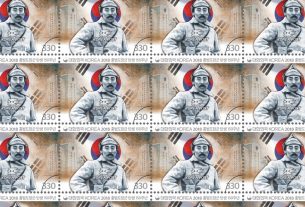