With all the recent publications on the 1930s/1940s Christmas seals on the KSS website by Robert Finder one might forget that these Christmas seals are not only interesting from a historical point of view. They are actually still around, being published every year! However, most publicity is available only to a Korean speaking audience. To give non-Korean speaking KSS members an idea of what is available these days we have compiled an article with examples from the official Christmas seal website.

Of course, the stamps themselves are still the most important article:

The seals are well-known in Korean society. This year they were given to Prime Minister Lee Nak-yeon (이낙연 총리) first:

However, sales have been slowing down, mainly due to the fact that people no longer send mail through the (Korean) postal services. The stamps were marketed at one time as something which could be put on an envelope. This had to be done next to proper postal stamps, as the Christmas seals had (and have) no postal validity themselves. Because of the sales numbers going down the Korean National Tuberculosis Association (KNTA; 대한결핵협회) decided to also introduce other products.

How these products can be used and what they look like can be seen in this video:

Here are some other examples of these products for the 2018 seals from the official website:

Let’s have a closer look. First there are the cards, relevant given the original idea of using the seals on mail:

But cards still require people to send something, much less common these days than it used to be. Other products are now also available, such as a bag:

Another product is the puzzle. This is not an entirely new idea. Even in the 1930s Dr. Hall already sold some puzzles with the designs of the stamps on them. Today these are very valuable (if still at all in existence depending on the year), but luckily for just 15.000 won per puzzle one can buy a 2018 version. The puzzle comes in two difficulty levels, one with 100 pieces and one with 200 pieces:

There are other products as well, such as mugs and towels. To finish here is an overview of the animals on the seals and assorted information, complete with the certificate of winning the second price of the international seal competition:

Notice all products shown are still for sale!

Copyright graphics in this page: KTNA. 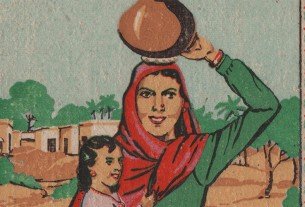 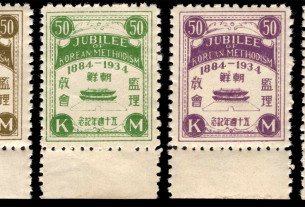 Another Type of Korea Methodist Seal 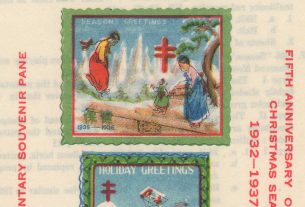