The exhibit shows the postal history of the Forerunners from the Sino-Japanese War, occupation of Korea, China, Manchuria, and Formosa, the Boxer Uprising in China, then the Russo-Japanese War and the Field Post Office (FPO) system, with mail being transported back to Japan by ship and to Russia by the Trans-Siberian railway. The International world was also interested in this war and observers/advisors were present in Japan, Russia and Manchuria during this campaign; also present, reporting the war, were historians and newspaper correspondents. The Post-war section has mail from occupies Manchuria and Korea. Given the focus of this journal, the sample pages included are those that have some relevance to Korea.

The lead up to the Russo-Japanese War was due to Japan’s concern over Chinese control of Korea and the possibilities of subsequent Russian control of Manchuria and Korea; this lead to the Sino-Japanese War (1894-1895), which on conclusion resulted in the treaty of Shimonoseki, in which Japan gained control of Formosa and the Liaotung peninsula (Manchuria), Russia with cooperation from Germany and France brought diplomatic pressure on Japan to return the Manchurian territory to China. Russia then convinced China that the Russian Fleet should be based at Port Arthur to defend the gateway to Manchuria. In 1898 Russia arranged formal leasehold with China for occupation of the Liaotung peninsula in order to make a railway connection from Port Arthur to Mukden, then Harbin, connecting with the Trans-Siberian Railway.

The rest of this article is for KSS members only. Please login.
The Russo-Japan War Exhibit
Gary McLean (Editor Korean Philately): During my visit to PHILAKOREA 2002, I had the wonderful opportunity to spend many hours visiting with Kenneth Clark, Editor of Kiku Shimbun, the journal of The British Society for Japanese Philately. Ken had two social class exhibits and the journal (Large Silver) in competition, and he graciously agreed to take me “on a tour” of them. One, his display on The Russo-Japan War (Excellent rating), was of particular interest to me because of its inclusion of several Korean covers. Ken has graciously allowed me to reproduce the Korean pages from his exhibit. I am very grateful to Kenneth for allowing us to reproduce these pages from his exhibit. I would love to do the same for others of our members who exhibit.
Tagged Kiku Shimbun Military mail 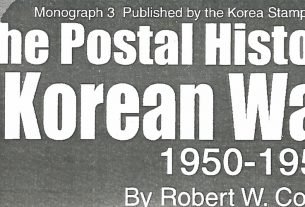 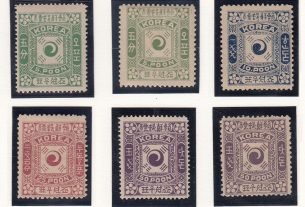 Philatelic history of Korea: About “Old Korea” or Choseon