In 2012 the DPRK issued a set of giant panda stamps. This set consisted of 2 stamps and 1 souvenir sheet. The KSC numbers given to these stamps were 4838-4840.

The details for these stamps are:

However, recently I acquired another set of DPRK giant panda stamps. This set is also with 2 stamps and 1 souvenir sheet. The face-value of 2 stamps are also 70 won and 90 won, and the face-value of the souvenir sheet is identical at 120 won. This set was also issued in 2012. The peculiar point is: this set is a 3D set, 2 stamps are with bi-changeable images. And this 3D set is NOT recorded in Korean Stamp Catalogue, 2015 edition. 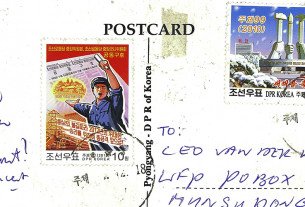 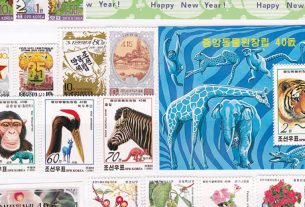 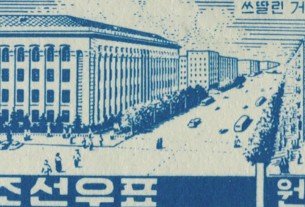 How Stalin and Mao disappeared from the map of Pyongyang