KoreaPost released the stamps in a commemorative (souvenir) stamp sheet of 16 (2×4+2×4) stamps of 380 won each, printed by Royal Joh. Enschedé for POSA:

The cancellation for the FDC:

While music has always been highly valued in Korea as a reflection of the times and the source of hope and inspiration, Korean pop music in recent years has risen to a whole different level as a global phenomenon and a top export in the creative industry.

Baek Seol-hee and Hyeon In are Koreas first-generation pop singers from the 1940s through the 1960s who pioneered the realm of pop music in Korea and paved the way for future generations. Moreover, through their music, they were true friends and the voice of the people in those dark and turbulent times that spanned from the period of Japanese rule to the Korean War and the turmoil of modernization that followed.

Baek Seol-hee (1927~2010, born Kim Hee-suk) was a singer loved for her crystalline and high voice. She debuted as a member of Joseon Akgeukdan (performing arts troupe) in 1943, and continued to perform with Saebyeol Akgeukdan and KPK Akgeukdan after the countrys independence. In 1949, her performance as the leading actress in the musical Carmen Fantasy thrust her into the limelight. She also released a song called Nightingale Mountains, which, however, didnt get much attention. Her stardom began to blossom with a song called The Spring Days Flit Through My Mind in which her high-pitched voice delicately expressed the sorrow within the lyrics. Afterwards, she went on to release countless hit songs, such as The Riverside Hill Where the Waterfowl Cries and America Chinatown, Farewell Sorrowand Seven Daughters (movie soundtrack). In addition, she starred in many movies as a leading actress and a supporting actress, officially becoming the first-generation multi-talented entertainer in Korea.

Hyeon In (1919~2002, born Hyeon Dong-ju) was a singer who soothed the pain and nostalgia of the working-class people with his songs from the 1940s through the 1960s. He studied vocal music in Japan, and his unique vocal style greatly influenced the world of Korean pop music. With hit songs such as Lucky Seoul, Raining Gomoryeong, and Hometown from a Thousand Miles Away, Hyeon In emerged as a popular singer. During the Korean War, he performed for the troops, and his popularity steadily grew with songs such as Good Night Comrade a popular military-themed song, Indias Incense and Be Strong Geumsun. After the war, Hyeon In released songs such as Naples Mambo and Moonlit Night of Silla and became one of the biggest pop stars who left an indelible mark on Koreas pop music industry.Korea Post hereby introduces commemorative stamps to honor these two post-independence era singers whose songs not only conveyed the cultural sentiments of their period but greatly touched the souls of the people through times of both joy and sorrow. 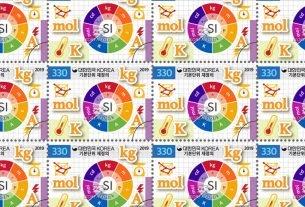 KPC3371: Redefinition of the SI Base Units 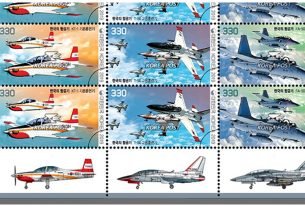