(News from 우정사업본부 / KoreaPost) On 29 August 2019 KoreaPost issued two stamps commemorating the relationship between Korea and Croatia through a joint issue of two stamps at the new value of 380 won.

KoreaPost released the stamps in a commemorative (souvenir) stamp sheet of 20 (4×5) stamps of 380 won each, printed by Cartor for POSA:

KoreaPost also released this English language introduction to this issue:

Korea Post will jointly issue commemorative postage stamps with Croatia, a country also known as the hidden gem of the Adriatic Sea. The stamps will feature two native plants that can be found in these two countries respective national parks.

The Seoraksan National Parks vast expanse, which amounts up to 398 km in total, boasts one of the most spectacular sceneries in Korea, with its awe-inspiring thirty mountain peaks, including the tallest peak, Daecheongbong. In 1982, the park was listed in UNESCOs World Network of Biosphere Reserves. In Korea, Pinus Pumila, commonly known as the dwarf stone pine, can be found only in Mt. Seorak. This shrub has leaves that are shorter than those of other types of pine trees, and the branches that grow horizontally. Because the plant grows in a cold, dry environment at a high altitude of 1,500 m above sea level, it is deemed to be particularly vulnerable to the threat of global warming, and the habitat of the dwarf stone pine is managed by designating as the protective area.

The Northern Velebit National Park encompasses 109 km of Velebit Mountain, the longest mountain in Croatia that was included to the World Network of Biosphere Reserve by UNESCO in 1978. The Velebit Botanical Garden, which is located at 1,480 m above sea level, houses around 300 plant species. Velebit Pink (Dianthus velebiticus) which will be featured in our commemorative stamps, is a native plant that only grows in Velebit National Park and the mountains area of Licka Pljesivica. The plant is often found in rocky grasslands, and its stalks grow straight and can range from 30 cm to 65 cm in length. One stalk can bear about six to ten flower buds. Its pink flowers bloom from early June to late August, coloring Velebit National Park in a dazzling pink.

Our mutual responsibility to protect nature is not bound by borders. With the joint issuance of these commemorative stamps, Korea Post wishes to let the world know of the beautiful nature that can be found in Croatia and the Republic of Korea, and we sincerely hope that the friendship of these two countries will continue to blossom. 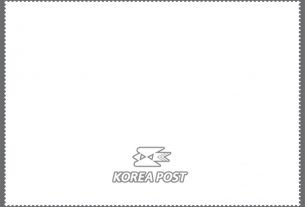