In a recent blog post the 대한결핵협회 / Korean National Tuberculosis Association (KNTA) shows Sherwood Hall’s turtle ship drawing, which was a subject proposed for his first Christmas seals. In the end this idea was not used and another seal was released. Interestingly this version of the drawing is slightly different from the one in the National Postal Museum (Smithsonian) collection.

Koreans are proud of their heritage. One important example from Korean history is the so-called “turtle ship” or 거북선 (“Geobukseon”, see Wikipedia page). Sherwood Hall proposed using a drawing of such a ship for his first Christmas seal in 1932. Here is the design in the NPM/Smithsonian collection with some colour in it:

The text accompanying this version of the drawing reads:

“The first proposed design for Korea’s first TB Seal but not approved by the then Japanese rulers of Korea because the design depicted the world’s first armored naval vessel (invented by Lee Soon Sin) with which Korea successfully repulsed a Japanese invasion at one point in its history. So it was that the Great Wall Gate of Seoul was the design finally approved by the Japanese to become that used for Korea’s first Christmas Seal. (See historical note attached to back of design.)”

The blog post by KNTA shows a b/w version of the drawing, but this time (unlike with the coloured version shown above) with text included in/on the drawing:

The text on this version of the drawing reads:

“Lee Soon Sin
Lee Soon Sin is Korea’s most famous general. He repelled the Japanese invasion by inventing the world’s first ironclad ship which looked like a giant turtle. Three attempted invasions failed because of the cunning and intelligence of general Lee.”

It is not known when this text was added to the drawing nor by whom, but if it was Sherwood Hall writing this in 1932 it might be that he was actually challenging the Japanese…

Finally, here is the reason why KNTA released this blog post to begin with: the 1967 Christmas seals also showing the turtle ships.

And do have a look at KNTA’s blog pages, for instance the page on the independence fighters. But most importantly it is interesting to note KNTA actually still sells quite a few of the Christmas seals of the last years, so get them while stocks last! 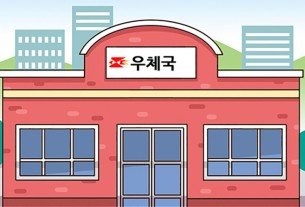 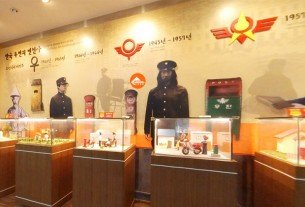 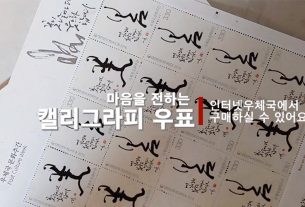 KoreaPost Video: “The springtime of my life is always now!”