(News from 우정사업본부 / KoreaPost) On 20 September 2019 KoreaPost issued a stamp titled “The 100th National Sports Festival”. The Korean National Sports Festival is an annual sports competition held in South Korea. For a full week each October, about 20,000 athletes representing 16 cities and provinces throughout the country compete in about 40 separate sports. The 2019 edition will be held in Seoul.

KoreaPost released the stamp in a commemorative (souvenir) stamp sheet of 16 stamps of 380 won each plus a large seal in the center of the sheet, printed by Souther Colour Print for POSA: 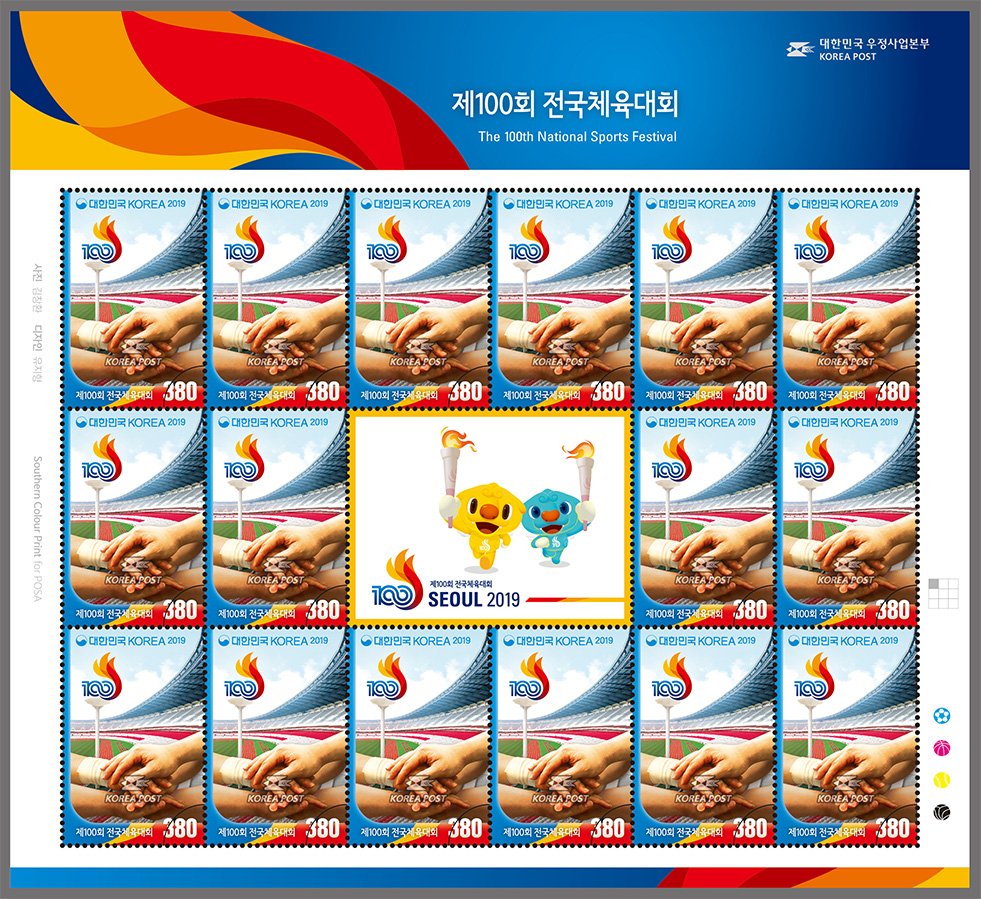 As one of the few countries that have hosted the four major international sports festivals-The Summer Olympics, The Winter Olympics, The World Cup, and the IAAF World Athletics Championships-Korea s passion for sports is recognized worldwide. Having listed in the top ten countries in the four consecutive Summer Olympics and made it to the semi-final in the World Cup, Korean athletes have now risen to a world class level. Such brilliant achievements have been made possible through passion and dedication for sports, which are shown in the Korean National Sports Festival that is held every Fall around the country. Korea Post hereby issues commemorative stamps to celebrate the 100th anniversary of the Korean National Sports Festival.

The origin of the Korean National Sports Festival can be traced back to the first Joseon National Baseball Competition which was held by the Joseon Athletic Association in November 1920, in spite of all the circumstantial limitations imposed under the Japanese colonial rule. While it may have been small in size, the series was the first sports competition to be held since the founding of the Joseon Athletic Association and was imbued with the spirit of the independence movement. Joseon National Multi- Sports Competition, which was held in 1934, featured a greater range of sports and demonstrated considerable improvements in the athletes overall performance. Due to the outbreak of the Second Sino-Japanese War in 1937, this event was suspended in 1938. However, Korea s independence in August 1945 resulted in re-establishment of the Joseon Athletic Association, which successfully ran the event in October of the same year under the new name National Multi-Sports Competition Celebrating Liberation. The teary eyes of Sohn Kee-chung who held the Taegeukgi high at the opening ceremony continues to move us to this day. In 1948, on the 29th anniversary, the event was renamed The Korean National Sports Festival while the format was changed to the current system where tournaments are held across different cities and provinces.

The Korean National Sports Festival, which is the oldest sports festival in Korea, can certainly be labelled Korea s Olympics where amateur athletes share their enthusiasm for sports while professional athletes train and enhance their skills. The commemorative stamps feature athletes joining hands in a huddle in the middle of a vast field, affirming their fighting spirit for victory. We hope that the 100th Korean National Sports Festival will be a great success instilled with a love for sports and good sportsmanship.

KoreaPost also released the FDC cancellation for this stamp: 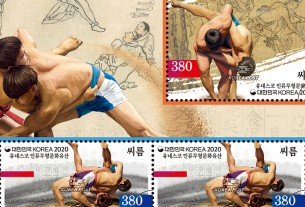 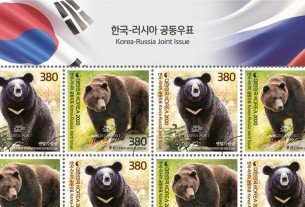 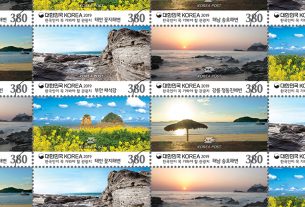