As reported in Oo-Pyou, an error in denomination was made in the New Year’s Greeting postcard issued late last year, subsequently followed by the release of a corrected card. However, the Oo-Pyou article did not have information on the first day cancellation of these cards. As can be seen in Figure 1, the original was issued at least by October 30, 2003, and the amended card (Figure 2) received a first day cancel on December 8, 2003.

The Oo-Pyou article stated that when the corrected copies would come out, the public who had the error ones would not exchange them for the new ones because, regardless of the denomination difference of 30 won, the post office was not going to compensate customers for the difference. The sale price of the original card was 320 won (compared with the face of 190 won). While one might have expected to pay 290 or 300 won for the 160-won denominated card, it was not going to be changed.

The rest of this article is for KSS members only. Please login.
Tagged Postal cards 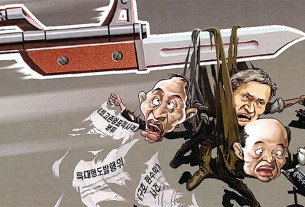 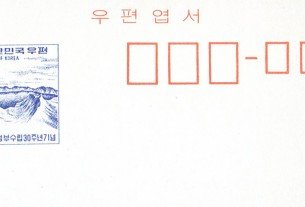