The other day Ivo Spanjersberg shared scans of the front and back of a letter envelope which was posted from Korea to the United States at the end of 1952. Ivo asked me why a non-military person could use military post? I didn’t have an answer to this and referred the question to my colleague Dr. Dwight J. Strawn, formerly of Yonsei University, who had been in Korea well before I was, and retired long after I did.

He said that the answer was ‘very simple: Beginning at some point during the Korean War, all of the American mission agencies in Korea (and perhaps some others too–I don’t know…) were allowed to use the US military postal system. If I remember correctly, our address then was Methodist Mission, APO Box 301, San Francisco CA 96301. Our Korean address at that time was IPO Box 1182, and the International Post Office was located in 퇴계로 [T’oegye-ro], just behind the Central Post Office. I don’t remember when the APO service ended but I think it was in the mid or late 1960s.‘ I noted that at the time of the letter there would have been no American postal code (Zip Code) as this was not introduced until the early 1960s.

I have two questions for our members who are specialised in this area. First, the missionary sending the letter is with the Seventh Day Adventist Mission, an Irene Robson. Does anyone know anything about her, especially from when to when she may have been in Korea? Secondly, can anyone fill out in more detail what the use of the US military postal system was by foreign mission bodies?

James H. Grayson was formerly a United Methodist missionary to Korea, 1971 – 1987. The cover is in the collection of Robert Finder. 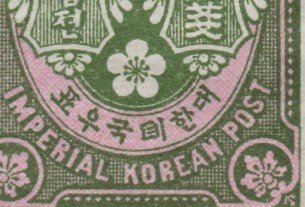 Are There Any Other Readers Specialized/Interested in Stamp Errors? 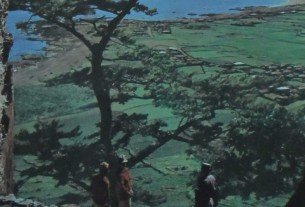 What is shown in this Korean picture post card? 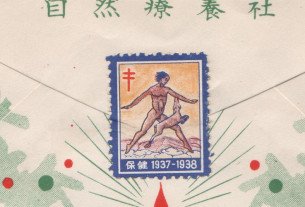