While going through some books Robert Finder found this leaflet inside the “Philatelic handbook for Korea, 1884-1905” by Helen Zirkle. The text on the leaflet is familiar: versions of this text were used often in Korean Philately magazine and it was also used on the KSS websites in the past.

Here are the front and back of the leaflet:

Just to make sure the message comes through here is the text in full:

YOU ARE CORDIALLY INVITED TO JOIN THE KOREA STAMP SOCIETY AND TO PARTICIPATE FULLY IN THE FASCINATING AND REWARDING FIELD OF KOREAN PHILATELY. A MEMBERSHIP APPLICATION FORM IS PROVIDED ON THE BACK PAGE OF THIS FOLDER.
**********************************************
Korea is an ancient land, tracing its history back more than 4000 years, yet it is only in comparatively recent years that the “Land of the Morning Calm” has emerged from the shadows of an age—old feudal kingdom to become a modern, progressive Republic which has taken an important place in the ranks of the free world nations.

To the serious collector, the stamps of Korea offer one of the most interesting and rewarding specialties to be found in the realm of present day philately.

The KOREA STAMP SOCIETY (KSS) was founded in 1951 by a small group of Americans who desired to share their mutual interest in Korean philately. A number of them had visited, or served in Korea in various military or civilian capacities, and while there they had acquired an interest in the crude, colorful, and often elusive stamps of the country. With their curiosity aroused, a bit of further investigation revealed to these collectors that the collection and study of Korean stamps and postal history could be divided into five distinct periods:

The KSS took as its objectives the study of the stamps, postal history, and related background material of each of these periods of Korean philately, as well as the publication of information on these subjects to assist the membership in the formation and increased enjoyment of their collections.

The KSS is a non—profit organization, whose officers and directors are elected by ballot of the membership, and who receive no renumeration from the Society for their services. Membership is open to reputable collectors and dealers throughout the world who are interested in the stamps of Korea. 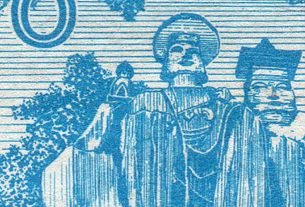 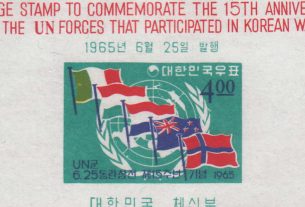