Another Korean issue that confuses collectors and dealer alike is the 1948 issue that pictures the Cheomseongdae Observatory, (Hangul: 첨성대) in Gyeongju, South Korea. The tower is said to be the oldest astronomical observatory in Asia, and maybe in the world, according to Wikipedia. It was built during the reign of Queen Seondeock of Silla, during 632-647 AD. It is considered one of the Korean National Treasures. See Figure 1 for the image of Chemoseongdae Observatory issue.

The confusion about this 14 won stamp that was issued on October 1, 1948, along with the 4 won issue picturing Li Jun, concerns the various colors shades of the stamp. Florian Eichorn in his KSS article of June 12th, 2018, about auction news, shows three different shades of colour of this observatory issue. The Scott Catalog lists the dark blue stamp as 94 and calls the color “deep blue”, with a value of only 75 cents.

The rest of this article is for KSS members only. Please login.
Tagged Fakes and forgeries Forgeries KPSC 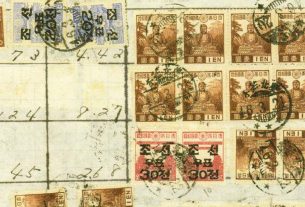 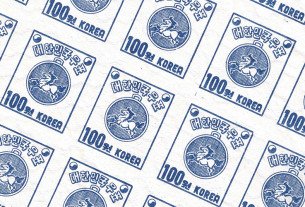 The Imperfs, Double Printings and Two-Sided Printings of Korea 1946-1953 Stamps