(News from 조선우표사 / Korea Stamp Corporation) The Korea Stamp Corporation has issued two souvenir sheets showing the City of Samjiyon. The KSC describes the subject of the sheets as “the epitome of the socialist civilization whose architecture strikes the perfect combination of the nationality, modernity and specific feature of the northern tableland.”

The KSC also states that Samjiyon “provides the practicality, diversity and the formative art in the structures.” The sheets contain a total of six stamps (three per sheet).

The stamps have a value of 50 won each. The designs show: 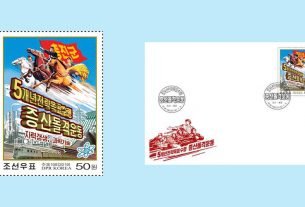 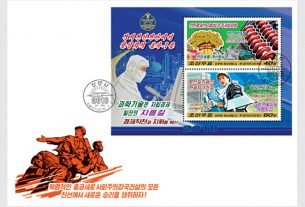 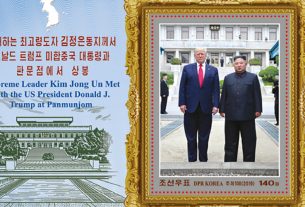