Home > Korean Philately > Q&A > Reader’s Question: What was the use of this quarantine card?

This document (shown here front and back) was for sale some time ago on Kobay, the Korean version of Ebay. I forgot to bid and didn’t see it again, so we have to make do with the photos from the auction.

The card is probably missing a part at the top (see the tear line), this might have shown some personal information. But it isn’t there, so whether this was from a Korean national or not is impossible to say with certainty. What we do know is that the card was first used in Seoul, in February and October of 1970 and again in February 1972. The red cancellation reads “SEOUL” in the center and “NATIONAL QUARANTINE STATION” in the outer ring.

This person’s stay in South Vietnam could not have been long, since just a few months later, on 30 April 1975, it was all over of course. Next he moved to Africa, to Lilongwe in Malawi, and by July 1977 he was back in Seoul.

But what were these cards for? And are there other examples, preferably with the upper part, in the collection of members? And if anybody has an idea, what was a South Korean doing in South Vietnam at this late stage of the war? The Korean soldiers were long gone by then. And next Malawi? That’s also a strange next stop after Vietnam. So, what do you know/think about this card?

With assistance of Ron Bentley, editor of the Indo-China Philatelist of the Society of Indo-China Philatelists, this question was published in that magazine in 2019. An answer was given by Jack Dykhouse in THE INDO-CHINA PHILATELIST VOLUME XLIX, No. 5 November 2019 WHOLE NO. 240, page 2250: “The document in question appears to be part of the World Health Organization’s International Certificate of Vaccination. I have attached a scan of a 1971 booklet from my collection.”

Thanks to Jack’s answer we now know what my example was part of. Some of the other questions, especially the one relating to the moment, 1975, and the place, Vietnam, are still open. If you know more please leave your information below in the comments. 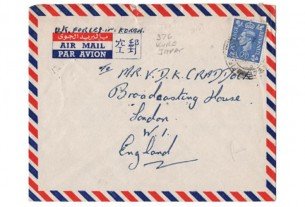 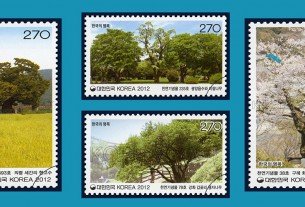 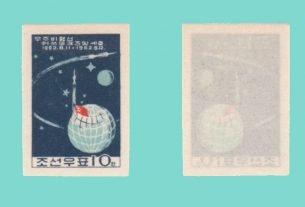 2 thoughts on “Reader’s Question: What was the use of this quarantine card?”