“고바우 영감” or “Gobau Inspiration” was a cartoon series created by Kim Sung-hwan (김성환) wich first appeared in the weekly magazine Manga Shinbo (만화신보) in 1950. From February 1, 1955 Gobau was serialized in the Dong-a Ilbo, an important national newspaper. In 1980, the cartoon moved after 25 years to the Chosun Ilbo, another national newspaper. By May 1987 10,000 individual episodes had been issued. In 1992 the cartoon was “retired” from the Chosun Ilbo and moved to the Munhwa Ilbo (문화일보). On September 29, 2000, the series was concluded after 14,139 episodes. Gobau holds the longest-running four-cut comic strip in Korean media history.

The rest of this article is for KSS members only. Please login.
Tagged Souvenir Sheets Stamp sheets 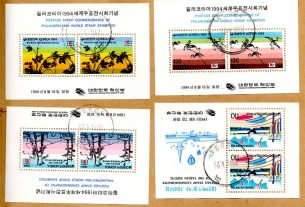 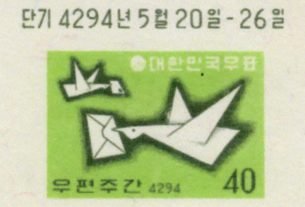