In 1984 I established a standing order account with the Korean Philatelic Center (KPC) for all new commemorative and definitive stamp issues including souvenir sheets. This account was initiated by writing a personal check in $US to the KPC with a payee as instructed. I am not fluent in Korean so the process used was obtained from the English publication of the Korean Stamp Review magazine. Over the intervening 30 plus years funds were added to the account using the same process although the check payee changed from time to time. Incidentally, my account is number 20.

The KPC will not ship any stamps to customers unless there are sufficient funds in the account to cover both the cost of the stamps and shipping charges. In August 2019 my account was reaching the point where it would no longer cover new shipments so I attempted to add to it using the exact same process and payee as was successfully completed in 2015. That letter along with the $US check was sent to the KPC and it simply disappeared.

A second attempt was made and almost three months passed before the check was returned with a letter (it was really just a note) without a date from the KPC. It stated that the payee on the check was not correct. A new correct payee was included in the note and is shown below.
So a third letter using the new updated payee information for the check was then sent to the KPC. After about two months the check was cashed and the funds were correctly added to my standing order account. The entire process took eight months.

Other experiences with the KPC are noteworthy. Early on the new issues were shipped quarterly. Currently that has been changed to semi-annual shipments. Despite my order requesting definitive issues be included that has been a hit and miss affair. Recently I have received very few of them. Receiving souvenir sheets can also be erratic although I have received most of them.

Another problem has been shipping costs. I have repeatedly asked the KPC to send the shipments using regular mail to save on postage. However the KPC insists on sending the shipments by registered mail which increases the cost dramatically. In some cases the postage charges have been higher than the face value of the stamps. A shipment just arrived that contained the first six issues of 2020. The attached letter stated that because of COVID-19 the shipment was made using international express mail. Shipping charges were 24,000 Won. The face value of the stamps was 7,810 Won!

In summary my experience with the KPC has declined over the years. The shipments are very accurate, packaged well and include a detailed invoice of the order contents and the remaining account balance. However the KPC service has diminished greatly compared to 30 years ago. Correspondence by email is very ineffective often going unanswered. The KPC website is next to useless unless one is fluent in Korean and at least for now I do not see that as a viable alternative to the standing order account option.

To put it mildly, it has become a struggle in recent years to keep a South Korean stamp collection up to date.

I have been told that the KPC is no longer accepting new standing order accounts. My suggestion to the KSS would be for some member that is fluent in Korean to contact the KPC to find out if that is indeed the case. If standing order accounts are still being accepted then the KSS should publish the details of how that can be accomplished. A standing order account is a very convenient but cost ineffective method for collecting new issues so it is somewhat of a mystery why the KPC would not encourage collectors to use that option.

Stamp Album Pages
Maynard has created his own stamp album pages for his Korean stamp collection. You can read about these pages in the article he wrote about them. His other articles can also be found online on the KSS website.
Tagged KoreaPost 우정사업본부 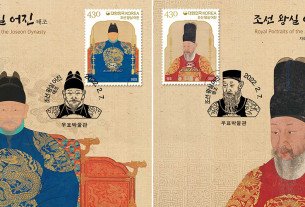 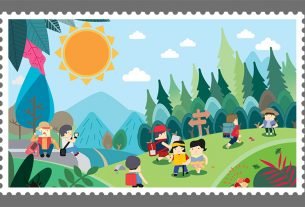 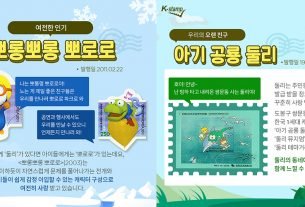