(News from 조선우표사 / Korea Stamp Corporation) On 10 October 2020 the Korea Stamp Corporation issued a series of stamps and cards to commemorate the “75th Anniv. of Founding of the Workers’ Party of Korea“. The KSC states “The WPK founded by the great leader Comrade Kim Il Sung has strengthened and developed into an invincible revolutionary party under the outstanding and seasoned leadership of the great Comrades Kim Il Sung and Kim Jong Il and has wonderfully performed its role as the organization that guides our people to all victories amid the historic struggle to accomplish the cause of the Juche revolution.”

The text continued: “Today the Korean people are stepping up the general advance towards the final victory of the revolution by uniting with one mind and purpose around Supreme Leader Kim Jong Un, Chairman of the WPK.”

The stamps designs are:

A set of postcards was also created for this series: 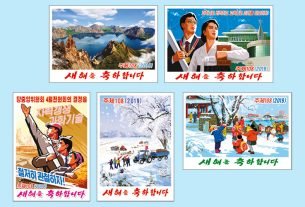 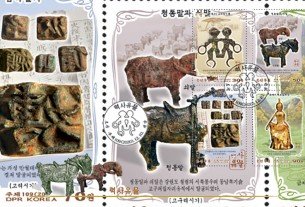 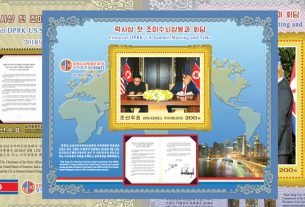