The KSC also released this text: “The Eighth Congress of the WPK is an expression of the firm self-confidence of the WPK determined to lead the cause of socialism to a victorious next stage and a political event of great significance to be etched in the Party’s history of struggle.”

The stamps and souvenir sheet issued are: 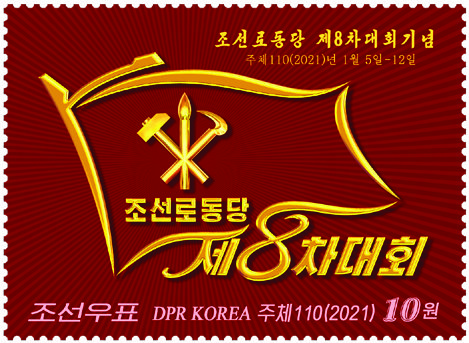 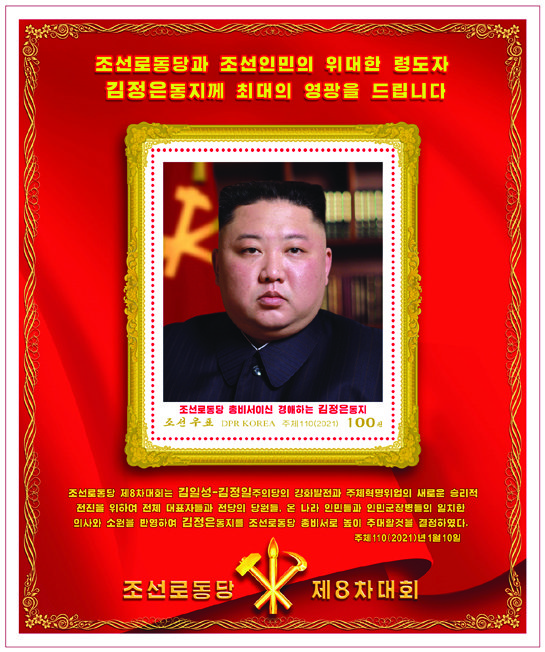 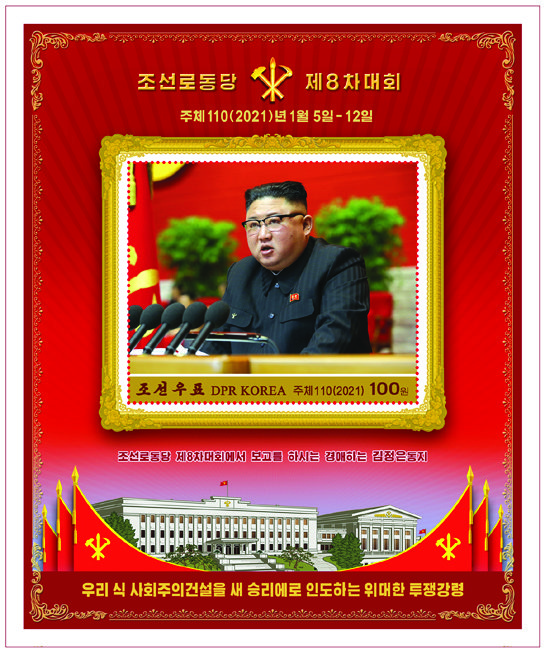 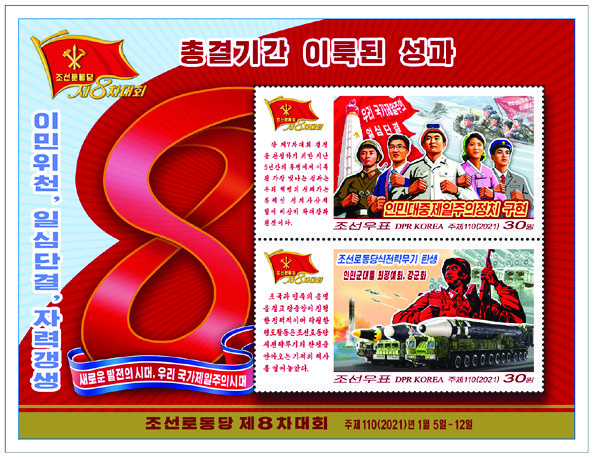 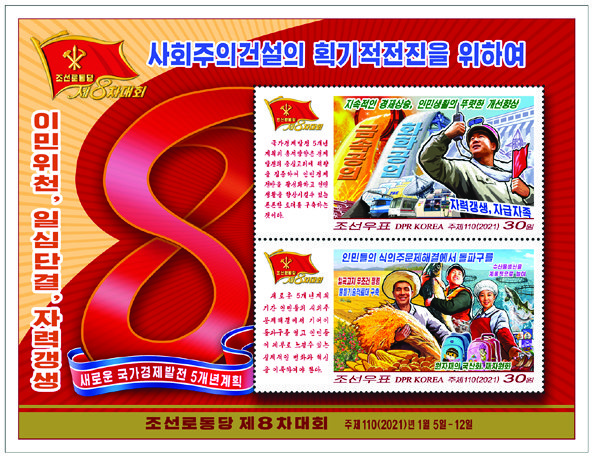 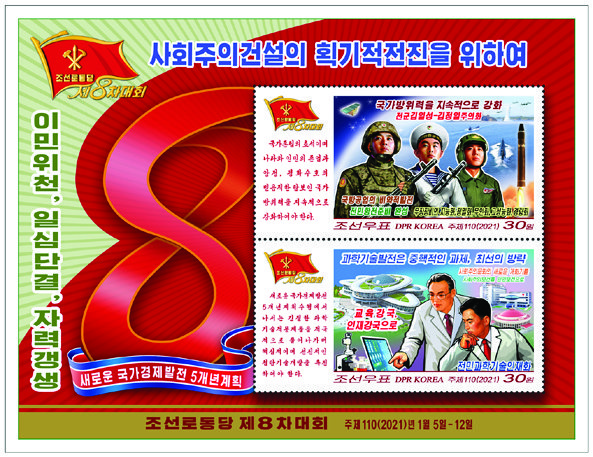 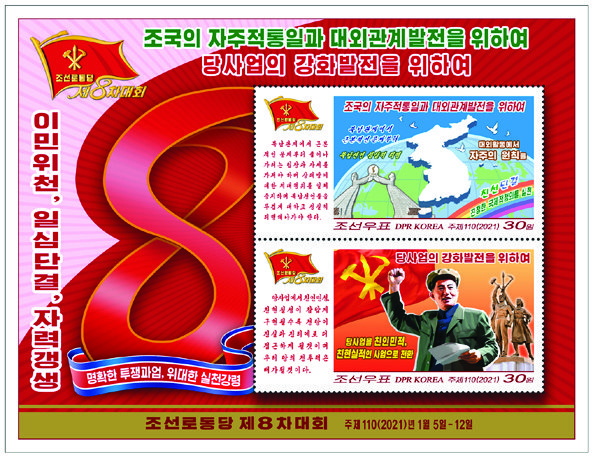 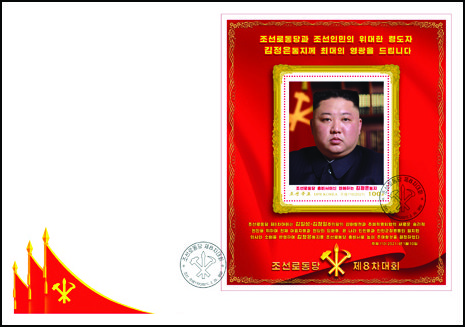 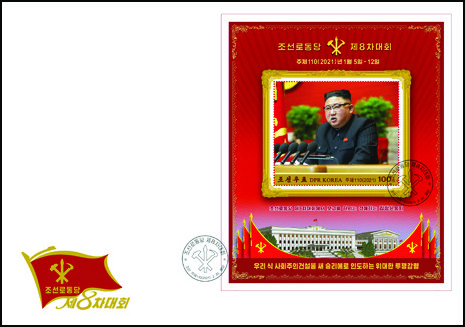 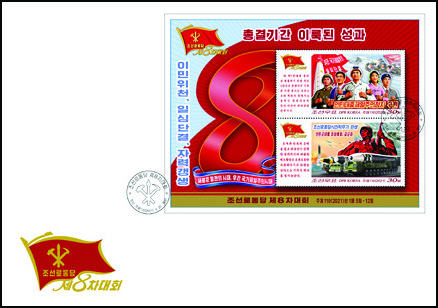 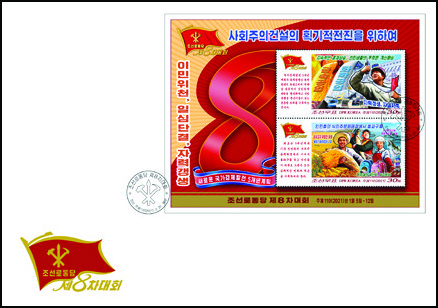 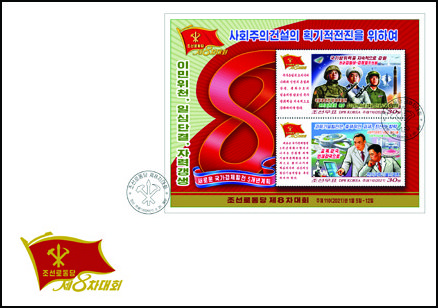 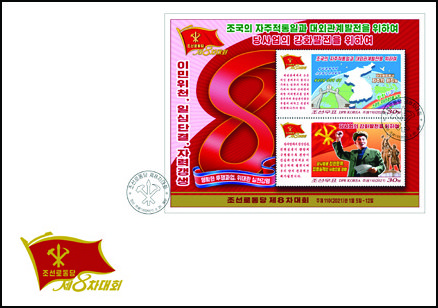 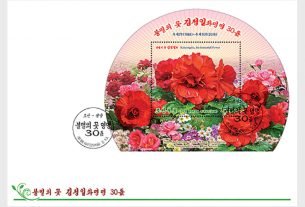 KSC5156A: 30th Anniversary of Day When Kimjongilia, the Immortal Flower, Was Named 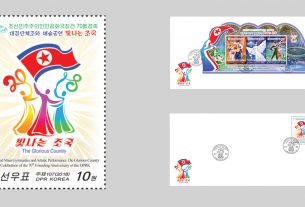 KSC5176D-5176E: The Grand Mass Gymnastics and Artistic Performance The Glorious Country in Celebration of the 70th Founding Anniversary of the DPRK 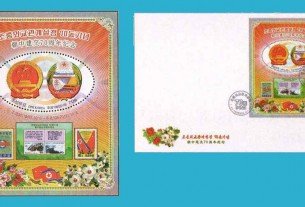 KSC5218G: 70th Anniversary of the Establishment of Diplomatic Relations between the DPRK and the PRC