Preface: This series of articles derive from discussions among several KSS member collectors. Some of them are interested in collecting Korean (and Japanese) philatelic items but feel confused in distinguishing different surcharges of early Korean postal stationeries since they cannot read Hanja and Hangul. See here for part I about the usage of these cards during the late Japanese colonial era (1944-1945).

The rate of a second class mail piece (postcard) in the Japanese homeland and territories was raised again from 3 sen to 5 sen on April 01, 1945. A blue 5 sen Nanko card was issued on March 31, 1945, one day before the raise.

Because the usage of the 5 sen blue card spanned across the end of WWII, it should be classified separately from other usages.

The rest of this article is for KSS members only. Please login. Not a member yet? Join the KSS now for FREE, giving you access to ALL articles and downloads on the KSS website.
Tagged First Showa series Japanese Period Postal cards Postal Stationery Postal stationery card Surcharge 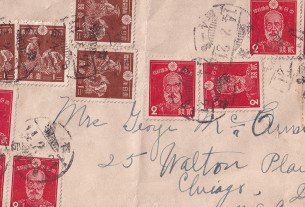 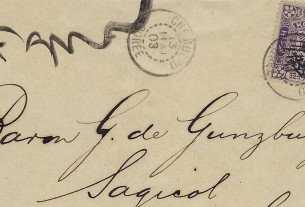 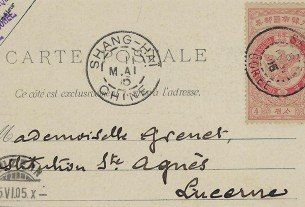 The Story of Monsieur Charles Aleveque