The second cover, commemorating the truce in Korea, was canceled July 27 in Mabel, Minnesota. 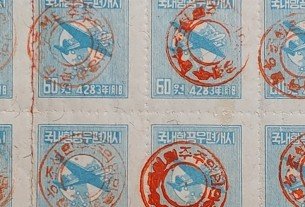 An intriguing block of 8 North Korean 1950 overprints show up… 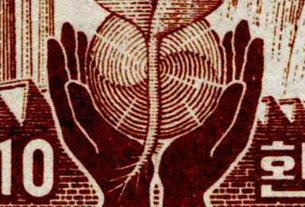 Finding those elusive Korean stamps you need for your collection 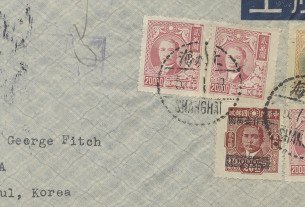