Home > Philatelic Subjects > Non-postal > Seals > The Halls of India: Christmas Seals pioneers and Christian leaders in the war against tuberculosis

Originated in Denmark, Christmas seals have become a universal symbol of the fight against tuberculosis. A story that includes an important chapter by Dr. Sherwood Hall, ‘19, and his wife, Dr. Marian Hall, the former Marian Bottomley, ’22. Going to Korea as medical missionaries in 1926, they established that country’s first tuberculosis sanatorium, for which they were decorated by the Emperor of Japan, and introduced the Christmas seal idea.

Transferred to India during World War II, the Drs. Hall built up Madar Union Sanatorium from 30 to more than 350 beds to head the list of Government recognized sanatoria with the best surgical record in India. Again they introduced Christmas seals with successful results.

The rest of this article is for KSS members only. Please login. Not a member yet? Join the KSS now, giving you access to ALL articles and downloads on the KSS website.
Tagged Christmas seals India Seals 씰 크리스마스 씰 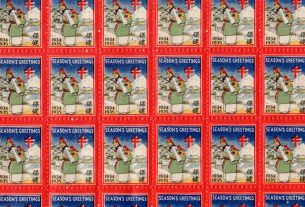 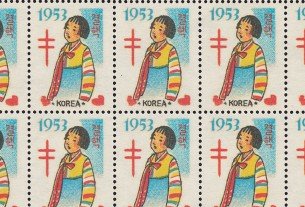 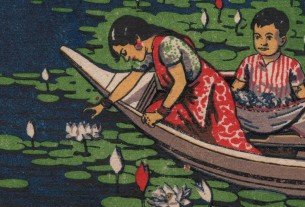 4 thoughts on “The Halls of India: Christmas Seals pioneers and Christian leaders in the war against tuberculosis”