The first set of the five part Korean Fables series which will eventually comprize twenty different stamps and twenty souvenir sheets made its appearance on Sept. 1, 1969 with four stamps depicting scenes of “Kongjwi and Patjwi” a sort of Korean Cinderella legend.

On November 1, 1969 the second set of the series, “Hare’s Liver” was issued with a series of four colorful stamps whose designs resemble film clips from a Walt Disney cartoon. The Department of Communications announcement for the Fables Series indicates that the stamps are designed to be of special interest to Korean children and will reproduce the charms of the old time traditional folk legends and fairy tales. The five series of stamps will take as their subject matter, in addition to Kongjwi and Patjwi and Hare’s Liver, “The Sun and Moon”, “A Fairy and Woodcutter”, and “Hungbu and Nolbu”. The issues will be spaced two months apart with the final series scheduled for May, 1970. 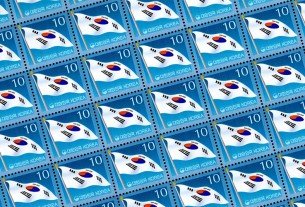 What are we collecting? A report on the Members’ Survey 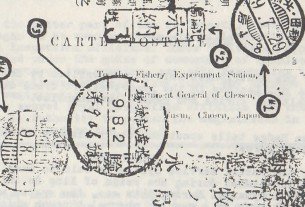