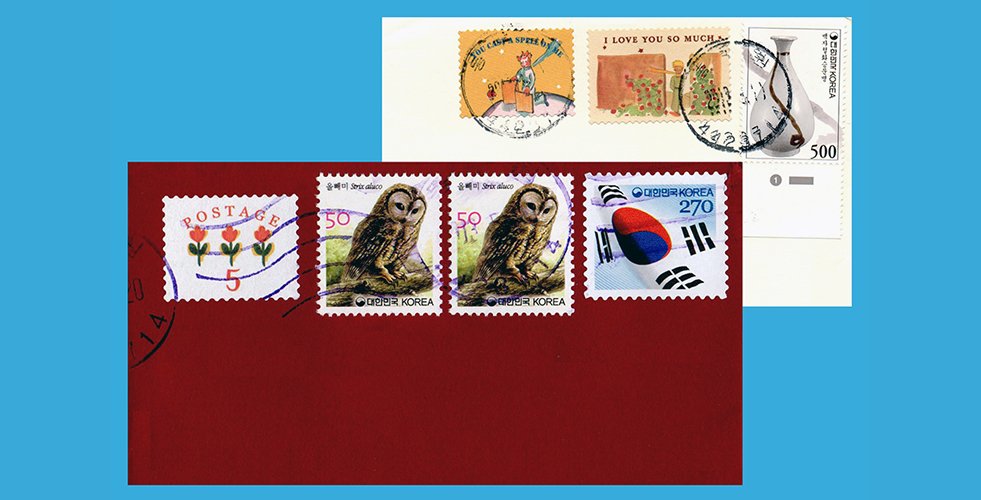 Because of the extreme emphasis of Koreans on education there are, even today in times of digital communications, a lot of stationery shops in Korea. These shops sell hundreds and sometimes even thousands of different products, one of them being whole series of sticker stamps. These stickers look like stamps because of their “perforation” and […] 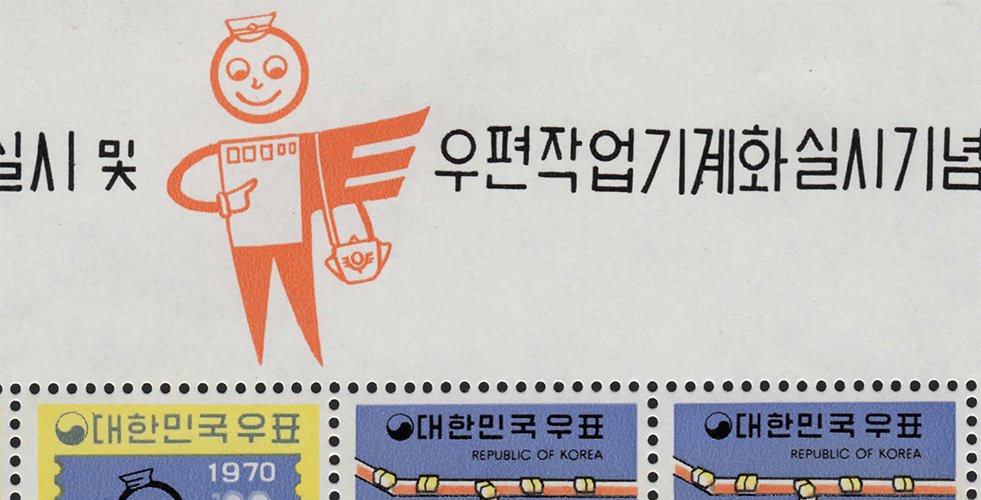 Yes, Mr. Zip has come to Korea. After starting out in 1959 in Great Britain, according to an announcement of the Korean Philatelic Center, he began working in Korea on July 1, 1970. Postal reform has been recognized as a need by many countries, a reform which is concerned primarily with reducing costs and improving […] 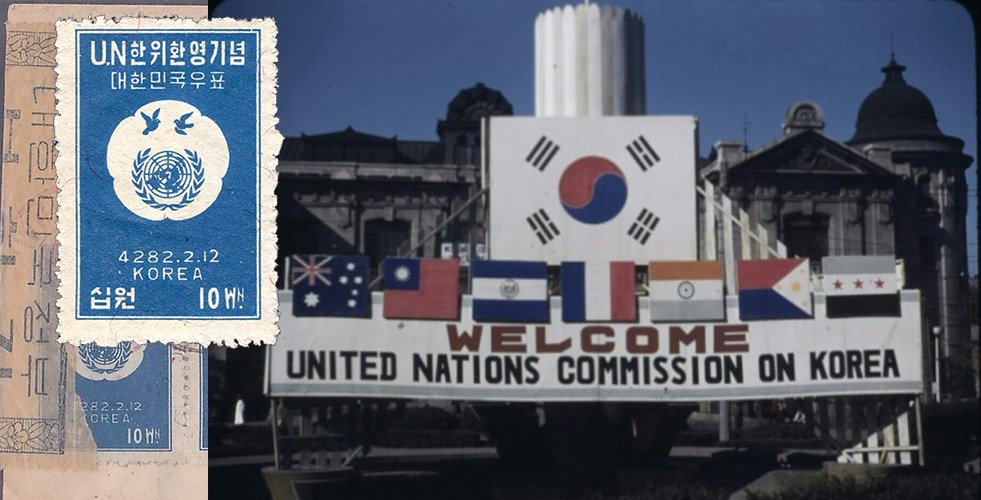 On August 8, 1983, Forrest W. Calkins wrote the following letter to Frank Allard (only an excerpt is included), along with the enclosure referenced in the paragraph: “Over the weekend I did some digging to find some of the ROK covers that I did design, and was lucky to locate one of the UN stamps. […] 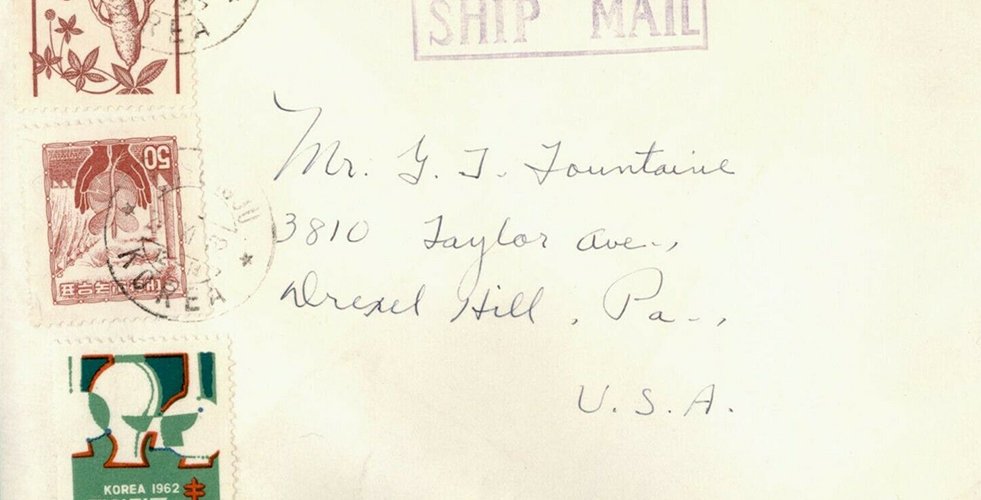 A series of covers, recently offered for sale on Ebay, show another interesting piece of Korean missionary history. The Christian Literature Society of Korea (대한 기독교 서회) was and is a major publisher and bookseller in Korea, and dates back to the earliest years of Protestant Christian missions. It is an ecumenical organisation as is […] 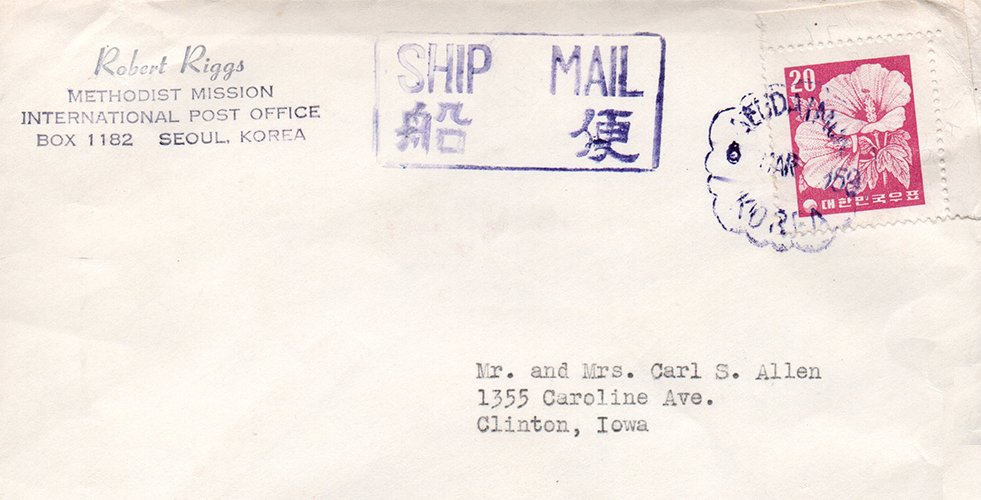 From the late 1800s a lot of Christian missionary activity took place in Korea. Given that these people usually were very well educated they inevitably wrote home. Many of these letters including the envelopes in which they were sent were saved by the recipients. In recent years with the passing of many of the post-World […] 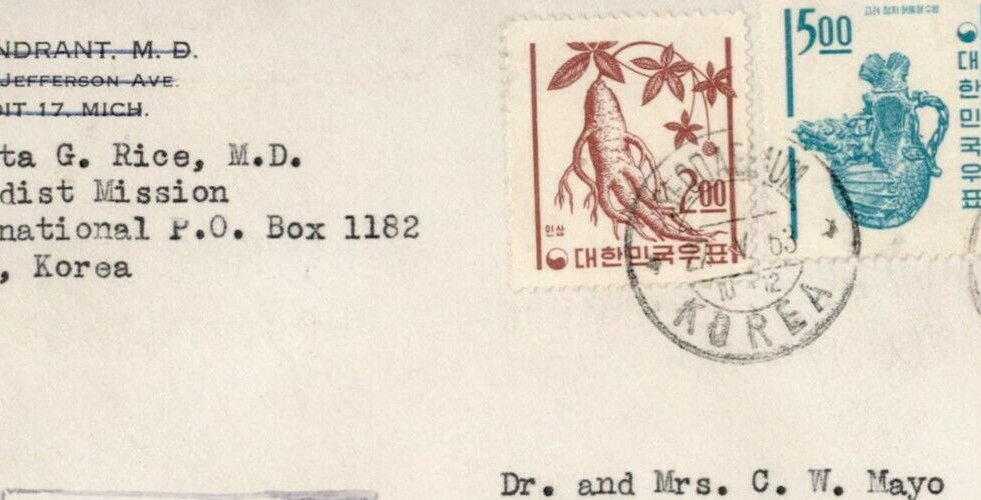 This envelope is particularly interesting from a postal history point of view. The writer, Dr. Roberta G. Rice, was writing to Dr. Charles Mayo the head of the renowned Mayo Clinic, and his wife in a personal capacity. Dr. Rice was a member of the (American) Methodist Mission who had been appointed after the Korean […] 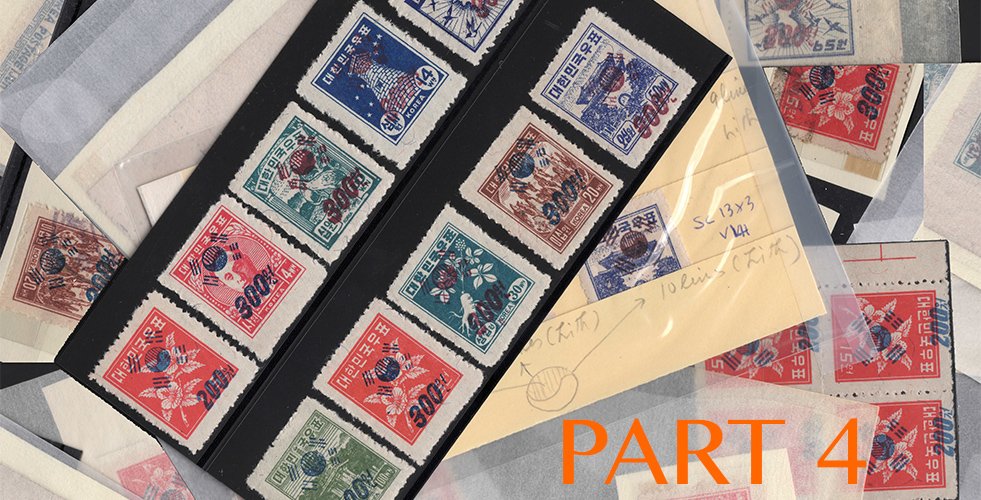 (Part 4 of 4) The 1951 provisional Korean stamps were issued with overprinted inflationary denominations of 100, 200, and 300 won on the basic stamps whose values range from 4 to 100 won. These overprinted stamps afford not only an exciting challenge to the casual collector, but also an excellent opportunity for specialization by the […] 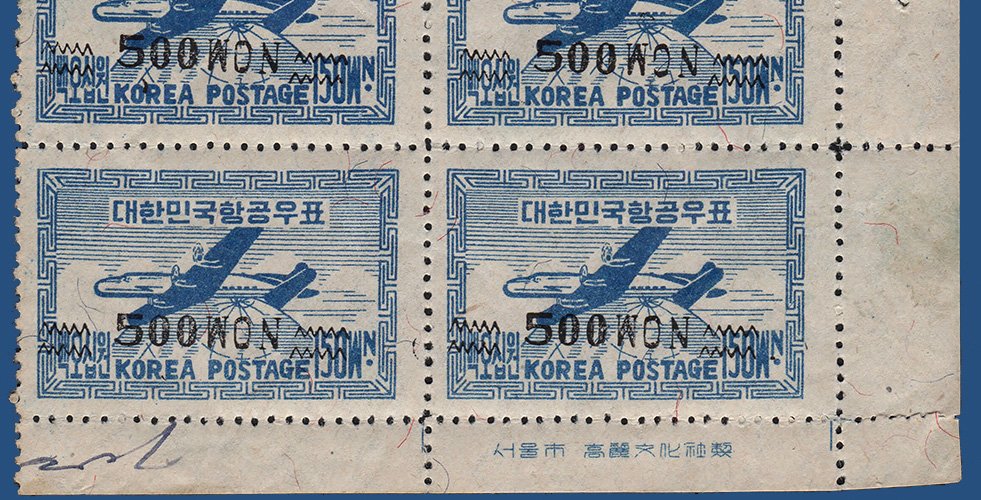 In compiling such a listing as this it cannot be complete because a complete group of sheets was not available. I would be glad to know of any additional information. This may be the first such listing ever compiled and will serve as a guide for the plate number and inscription collector. 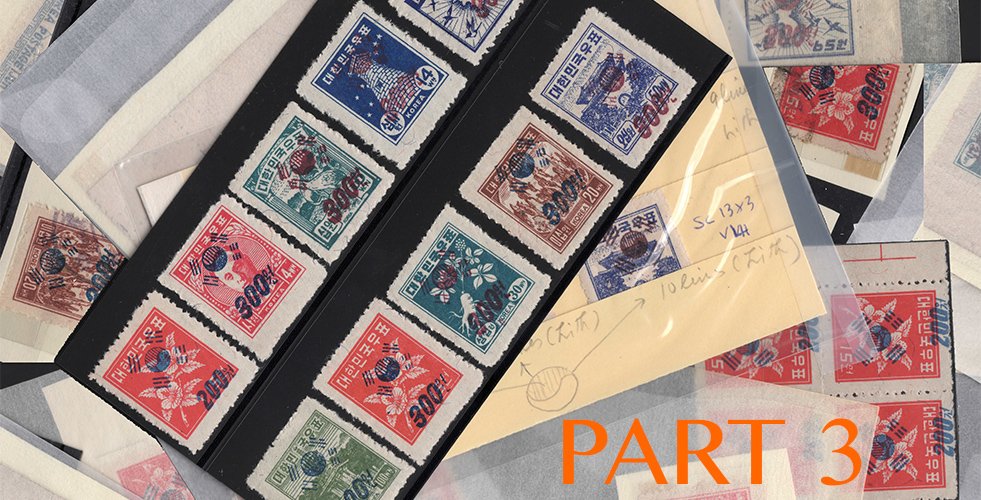 (Part 3 of 4) The 1951 provisional Korean stamps were issued with overprinted inflationary denominations of 100, 200, and 300 won on the basic stamps whose values range from 4 to 100 won. These overprinted stamps afford not only an exciting challenge to the casual collector, but also an excellent opportunity for specialization by the […] 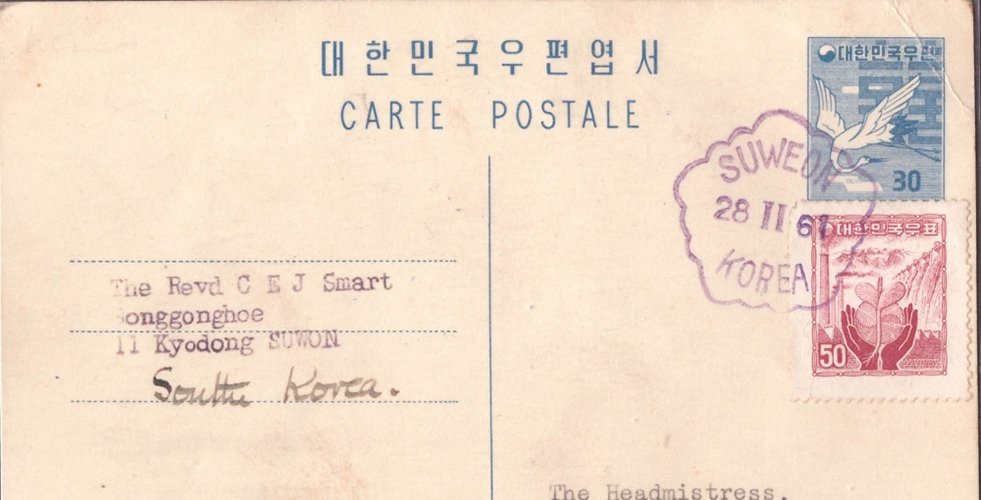 On auction websites a lot of 1950s-1980s covers and postal cards show up with recognizable names on them. These items are not just Korean postal history, they show more than just that: they show Korean history. One example is the card shown in this article. 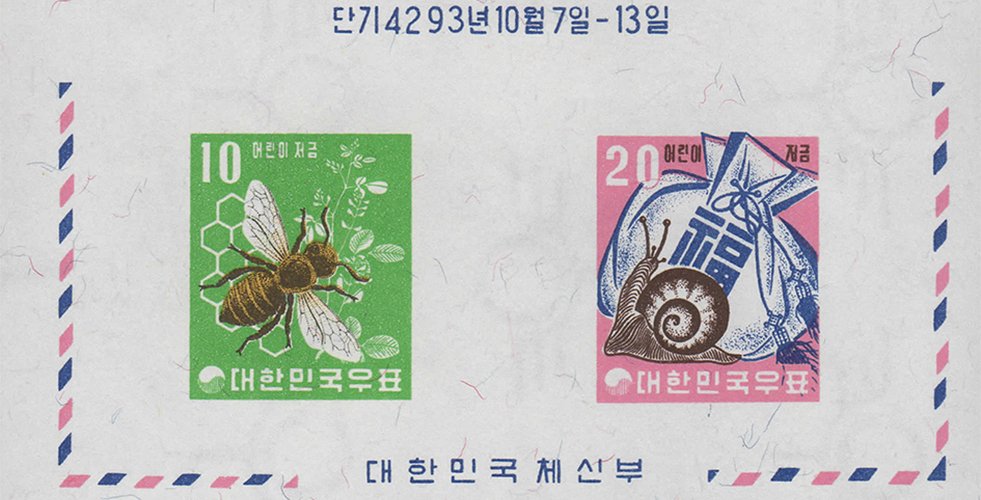 (Including the mystery of which 1 won Bee design is the rarest one?) It is important to note that Mr. La’s design for the Children’s Savings stamp issue was used again from 1962-4. This is another series of the stamps that can be confusing to collectors because of the type of different paper used in […] 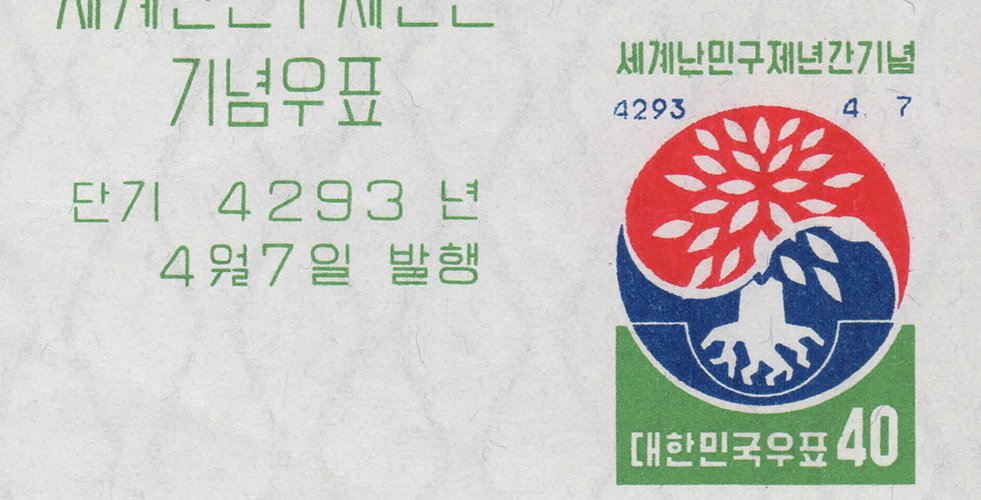 In 1959 considering the importance of stamp design, the Ministry of Communications decided to employ full time designers and was able to obtain two well known designers. They were Messers. Choon Whan Kang and Tai Sung Kim. Mr. Kim resigned from the post after four months and Mr. Boo Young La took his place. 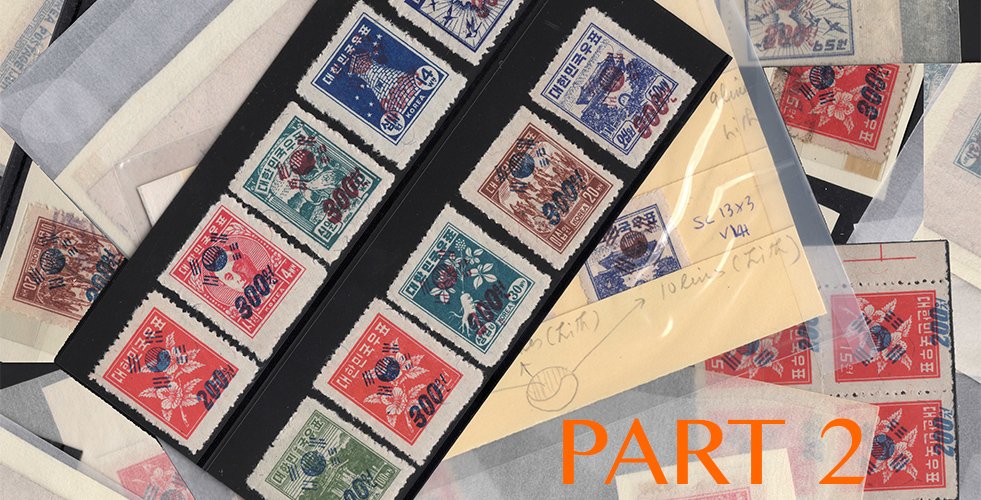 (Part 2 of 4) The 1951 provisional Korean stamps were issued with overprinted inflationary denominations of 100, 200, and 300 won on the basic stamps whose values range from 4 to 100 won. These overprinted stamps afford not only an exciting challenge to the casual collector, but also an excellent opportunity for specialization by the […] 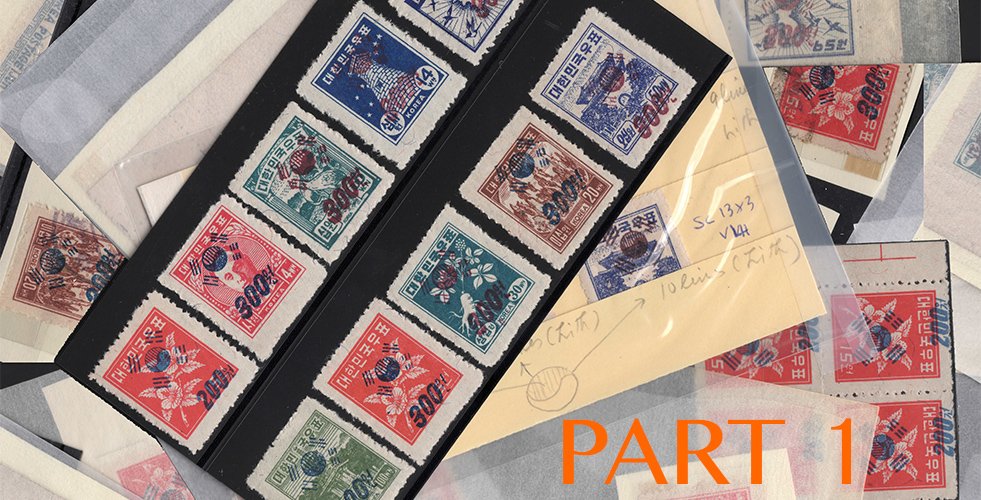 The 1951 provisional Korean stamps were issued with overprinted inflationary denominations of 100, 200, and 300 won on the basic stamps whose values range from 4 to 100 won. These overprinted stamps afford not only an exciting challenge to the casual collector, but also an excellent opportunity for specialization by the most exacting connoisseur. Recent […] 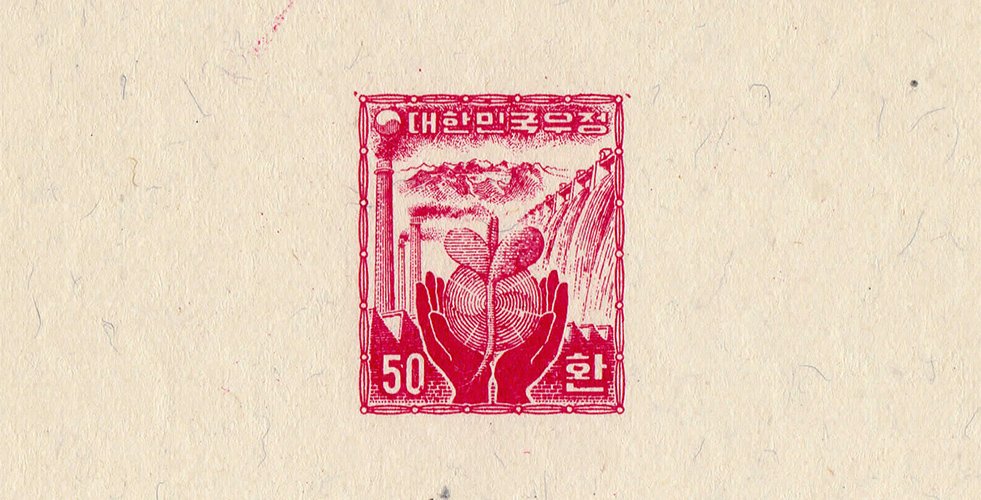 One of the most confusing Korean issues for collectors to identify is the 1955-58 series that show the industrial reconstruction of South Korea after the Korean War. The reason that there is confusion about these issues is that there were four different types of paper and two slightly different images used in producing the series, […] 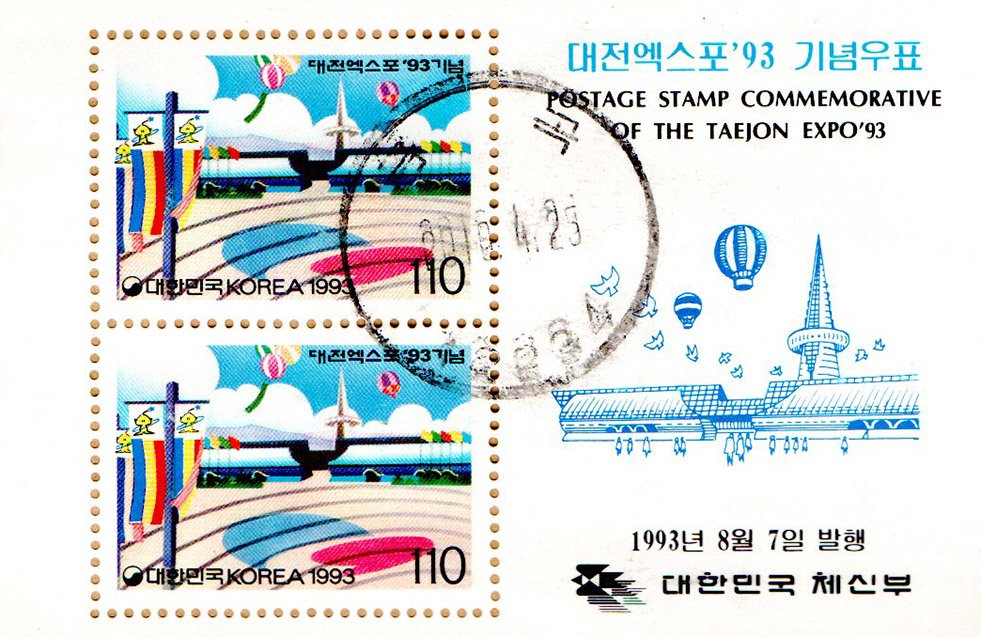 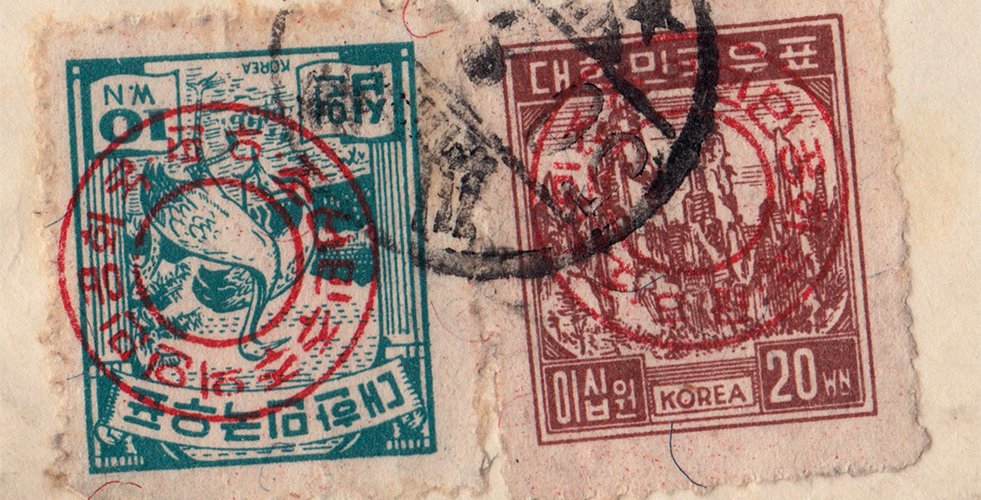 Every philatelic area and era has its “Are these real or not?” subjects. Collecting expensive “specialties” such as overprints or surcharges on top of relatively cheap stamps, making it especially worthwhile to create forgeries for the philatelic market, without proper knowledge is asking for trouble. Overprints and surcharges, especially when used in very limited numbers […] 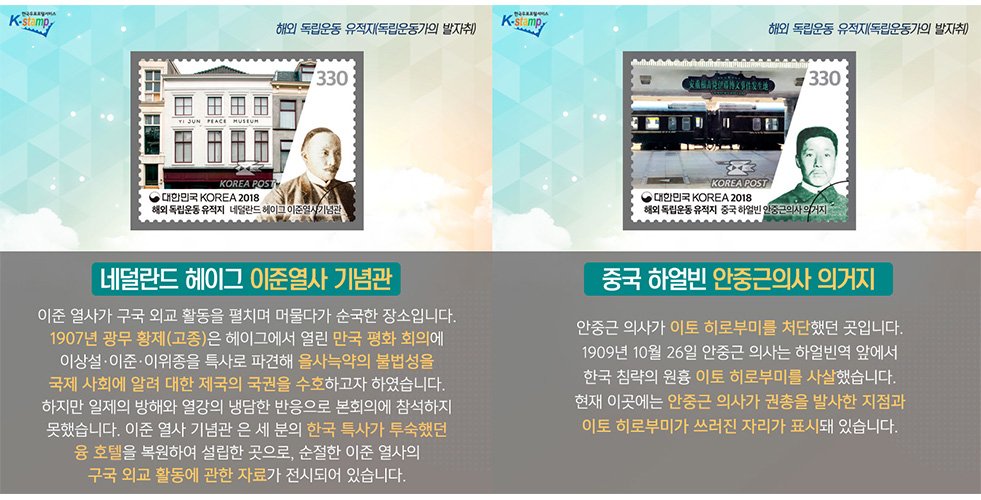 In the last year twice articles were published on the KSS relating to Li Joon: once when KoreaPost released a set of stamps which also included Li Joon and once because of an article about Li Joon himself. As an extra after the break the graphics KoreaPost produced to promote the set of stamps commemorating […] 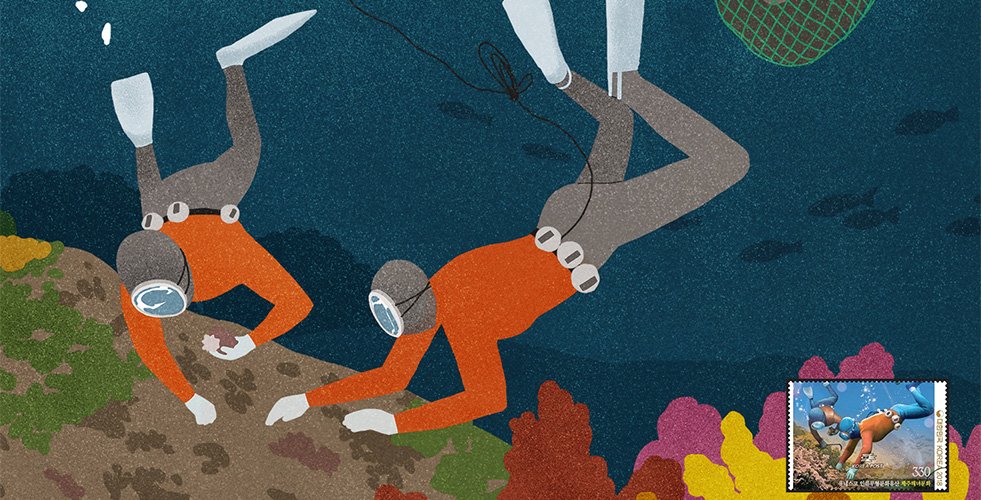 To promote the sales of the November 2018 Jeju Heanyeo stamp release KoreaPost has created a lot of artwork. This artwork has been used in KoreaPost’s campaigns on the K-Stamp Postory blog, the KoreaPost Facebook page and Stamp Museum blog. Examples from these campaigns after the break. 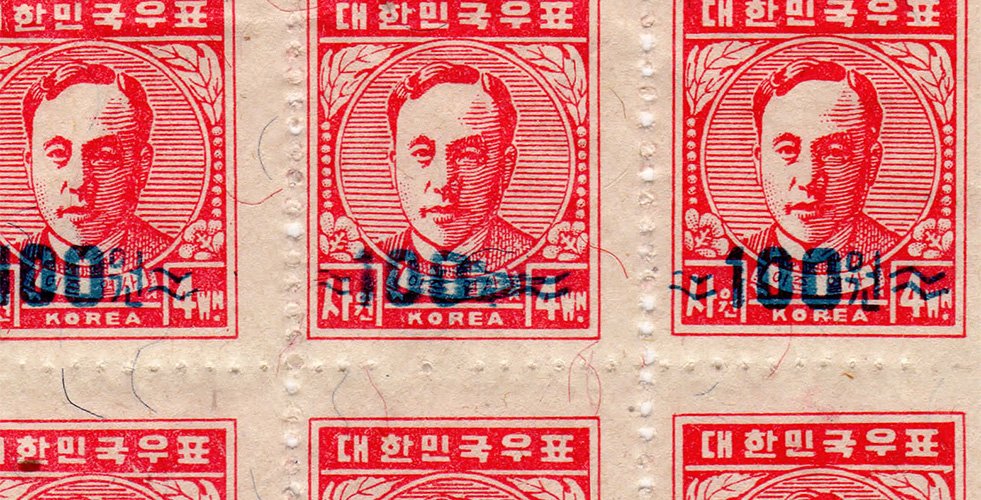 Researched from European press by J. Sciarone. Observant collectors will have noticed that the only two heroes from the pre-annexation era to be honored philatelically by South Korea in its first 10 years or so were the ubiquitous Admiral Yi Sun-Sin (Scott # 73, 76, 113, 225 as well as some North Korean issues) and […]