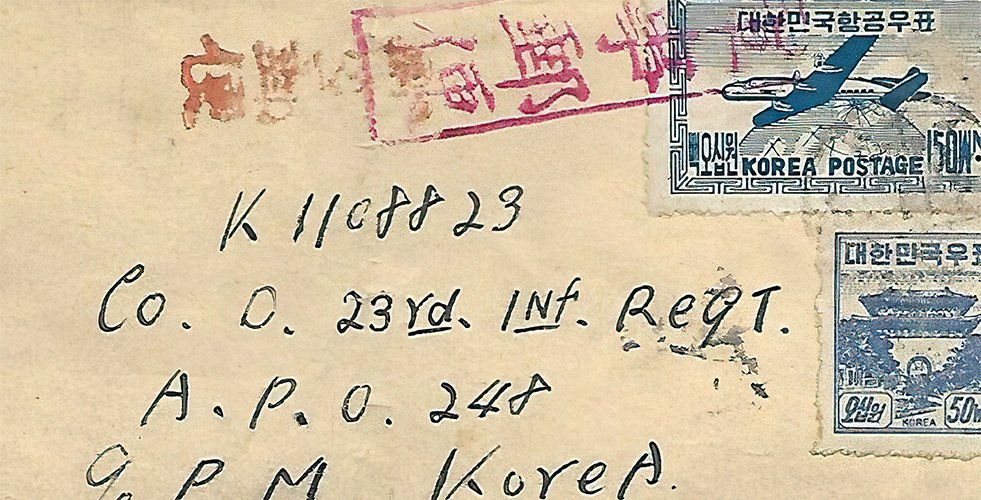 Something not seen often are covers sent between family members and so-called “KATUSA”. KATUSA or “Korean Augmentation To the United States Army” were Korean men who were part of the US Eight Army from July 1950 onwards. Some were drafted by force, some joined by applying, but either way, these Koreans were a common sight […]