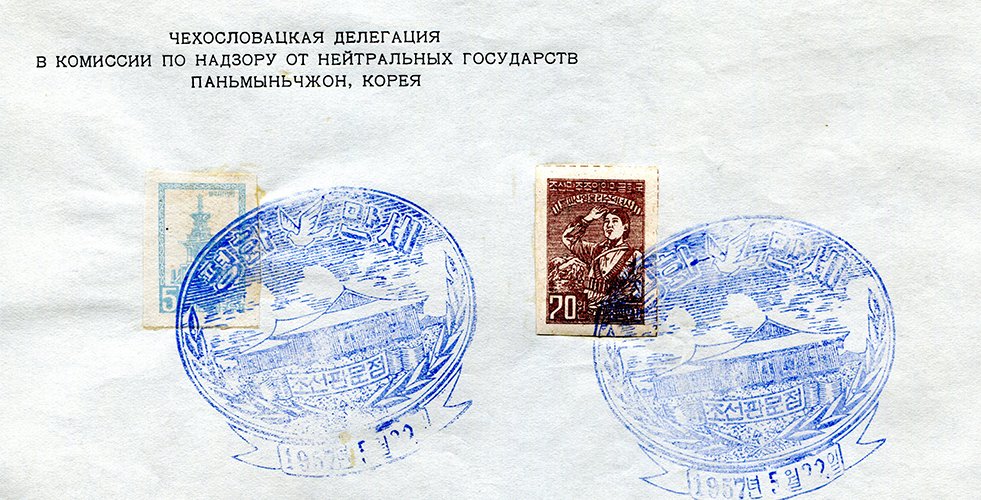 The images show official forms created by the Czechoslovak delegation which was part of the Neutral Nations Supervisory Commission (NNSC), located in “Panmunchzhon” (Panmunjom/Panmunjeom/P’anmunjŏm; 판문점). The forms come with North Korean stamps, cancelled by special cancellations on 22 May 1957. 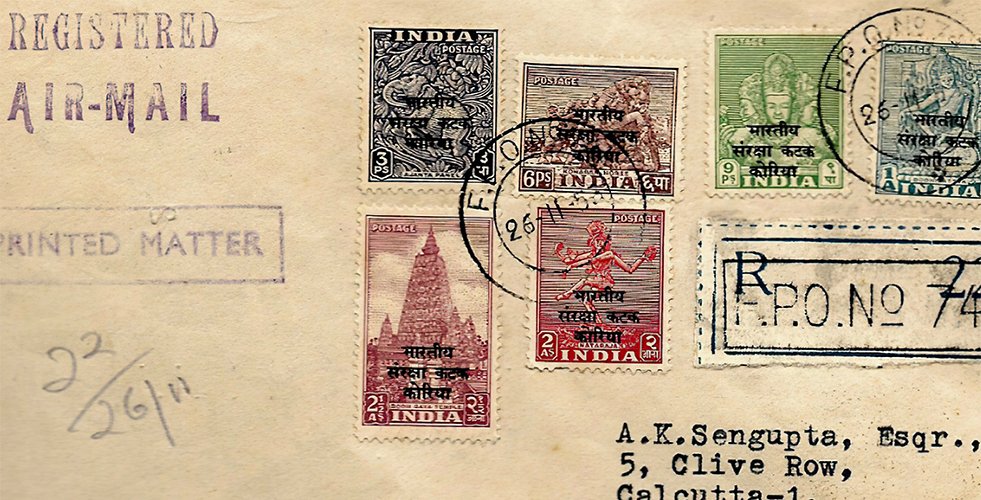 This cover illustrates the use of stamps overprinted for the Custodian Force, India (CFI). This was a deployment of Indian forces, including the 60th Parachute Field Ambulance unit (which had been in Korea from November 1950) to oversee the repatriation of POWs after the armistice. The CFI was in Korea from late September 1953 until […] 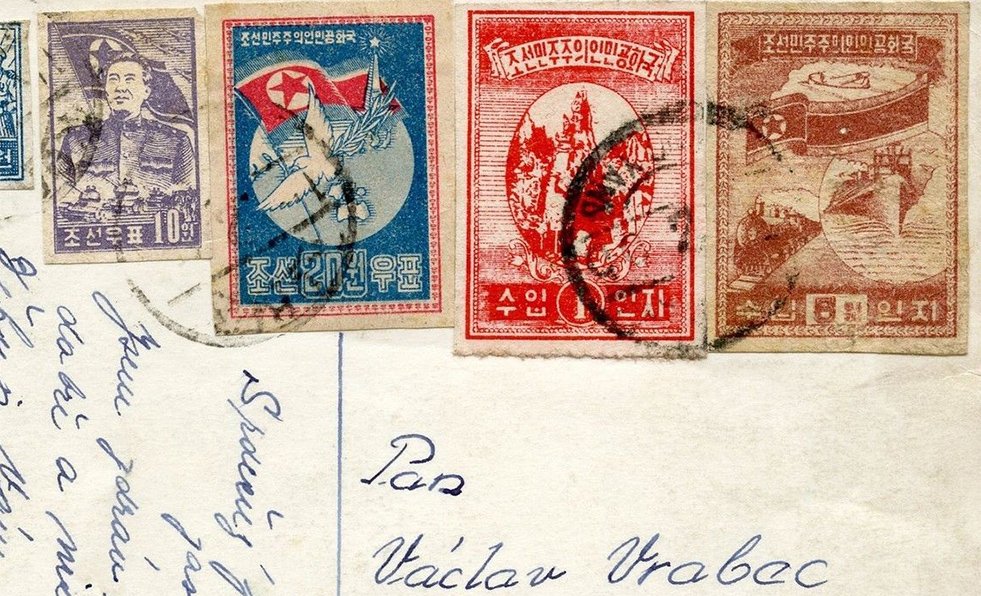 Often on Ebay “North Korean” revenue stamps show up. The provenance of these stamps is “unknown” at best, but given that these stamps are never seen used on real documents from North Korea it is likely these stamps are fake. Or are they? Here is a picture of an item offered on Ebay somewhere in […]